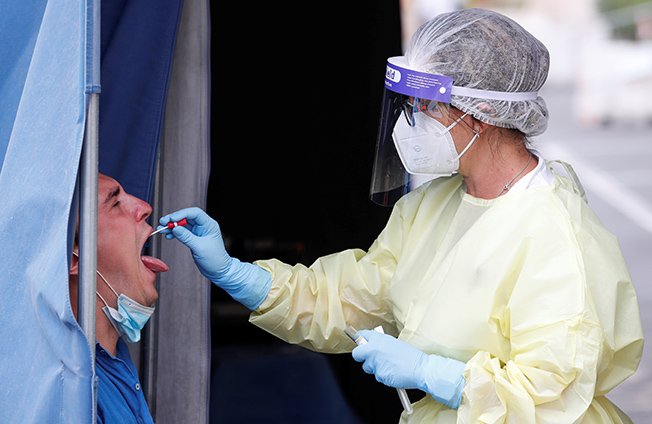 Police on Wednesday said they are investigating a 48-year-old man who, instead of self-isolating after his arrival from a category C country, went back to work.

According to police spokesman Christos Andreou, the 48-year-old, who comes from another EU member state, arrived in Cyprus last Friday from a category C country and was supposed to self-isolate for 14 days. On Tuesday, however, he went to work.

The man lives in Paphos.

Andreou said police officers, after receiving information about the case, went to the man’s workplace and found him there. He will be prosecuted, Andreou told the Cyprus News Agency.

The police spokesman also said the 48-year-old claimed he came in contact with another person. He added that police have informed the health ministry to activate its own protocols for such cases.

According to the current regulations, people arriving from category C countries, which are deemed riskier as regards the spread of coronavirus compared to countries in categories A and B, must self-isolate for 14 days even if they test negative upon their arrival. They must also get another Covid-19 test 48 hours prior to the expiration of their 14-day self-isolation.