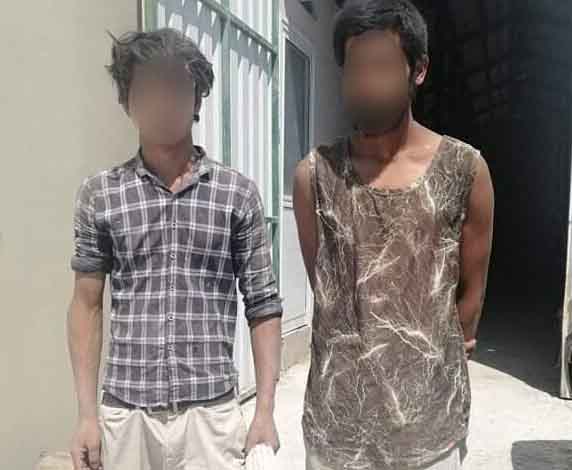 The wife of a 55-year-old man, suspected of exploiting two third country nationals on his farm, said on Wednesday that the men’s living conditions were very good.

“They were very happy that they had work, especially now during coronavirus. They lived in a house on the farm, which was up to European standards,” the woman told Omega TV station about living conditions of the two Nepalese men, 20 and 21, on the farm outside Limassol.

However, police reported the men were in poor physical and psychological condition on Monday, when the owner (an academic) and the farm manager, a 30-year-old Egyptian man were arrested.

Responding to questions over the injuries of one of the men, the 55-year-old’s wife said he had fallen a month ago, and that their family had provided him with medicines to treat the injury.

Asked about the septic state of his leg, the woman said she was not aware of it, and it could have been from another incident, to which she and her husband were not alerted.

She added neighbours had told her that the men had recently been visited by other foreign nationals but did not have any further details.

On Tuesday, Cyprus News Agency, citing information, reported that one of the two victims underwent surgery on his leg which was infected after he was hit by a rock he said the 30-year-old suspect threw at him when he had tried to escape in July.

Commenting on the case, police spokesman Christos Andreou said on Wednesday the case is very serious and investigations are only in their beginning stages.

He said it appears the two suspects are involved in the incident, and that police would be making more arrests if more information surfaces.

“The police reacted immediately, interviews were conducted by the human trafficking offices, which specialises in such cases, and it appears the individuals [the two young men] are in that category [trafficked individuals],” he said.

On Tuesday, the two suspects were remanded for eight days, after their initial arrest following a complaint that the two workers were locked in a food storage area on the farm.

The Nepalese men have also reportedly said that they were beaten and left with no food by the 30-year-old, despite having complained about this to the 55-year-old.

Police said the two young men were being held against their will and had injuries all over their bodies and were taken to Limassol general hospital. After being treated for their wounds, they were taken to a safe residence after being recognised as victims of human trafficking and labour exploitation.

The victims started working at the farm last February. All three of them (the victims and the manager) were found to have been living in Cyprus illegally.