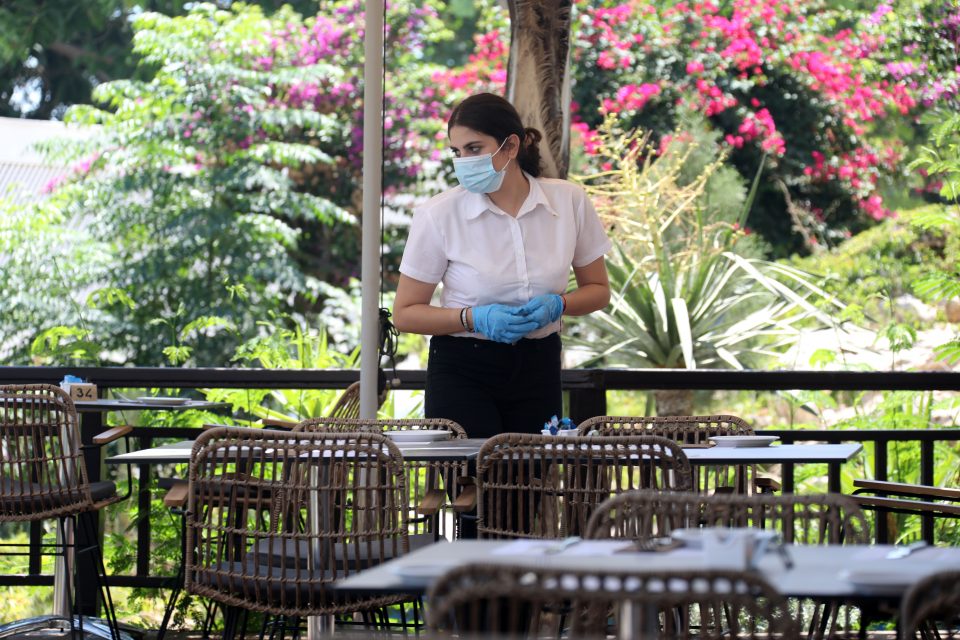 After Monday’s warning that unions would not accept any cuts to pay or benefits as a pretext for protecting jobs, employers’ representatives were happy to give assurances they would not go down this path. They met the labour minister on Tuesday to discuss ideas for new support schemes for businesses and nobody brought up this possibility after the meeting.

Head of the Employers and Industrialists Federation (Oev) Michalis Antoniou said the safeguarding of “social consensus and labour calm” was a “top priority,” before adding: “Oev will do whatever is feasible so that there are neither cuts to benefits nor sackings, which workers may be worried about,” stressing that “no worker should be concerned about anything for the near future.”

These were pretty emphatic statements, which seemed to disregard the period of economic uncertainty that lies ahead. With tourist arrivals down by 80 per cent and the economy set to contract by more than seven per cent it is difficult to believe that jobs would not be affected. Perhaps the employers were informed that more state support schemes were in the pipeline to replace those that ended at the end of August because it would have been very difficult give such assurances otherwise.

The question is whether the state has the funds to support a new round of support schemes for protecting jobs. Had the finance ministry signaled that funds were available to the labour minister who will have to draft and cost any new schemes? The matter will be discussed at today’s council of ministers meeting that will decide what action will be taken, based on the availability of funds. If there is enough money to protect jobs for another two months, the government should consider what would happen if there is no turnaround after this period.

Then again, optimistic forecasts aimed at boosting public confidence, like those made after Tuesday’s meeting, have their use. Even if they improve public sentiment a little it will have a positive effect on spending and the economy. There is the danger that in a couple of months things will not work out as hoped and nobody would take seriously any attempt to talk up economic prospects, but employers obviously consider fostering optimism worth a try.

If the latest declarations boost confidence, even temporarily, it would be good but the government should not allow for complacency; it should also be prepared for a deterioration of the economy. Things could take a turn for the worse and the government must be prepared, because tough decisions would have to be taken and fast.

‘No chance’ of ACs overpowering grid despite high temperatures