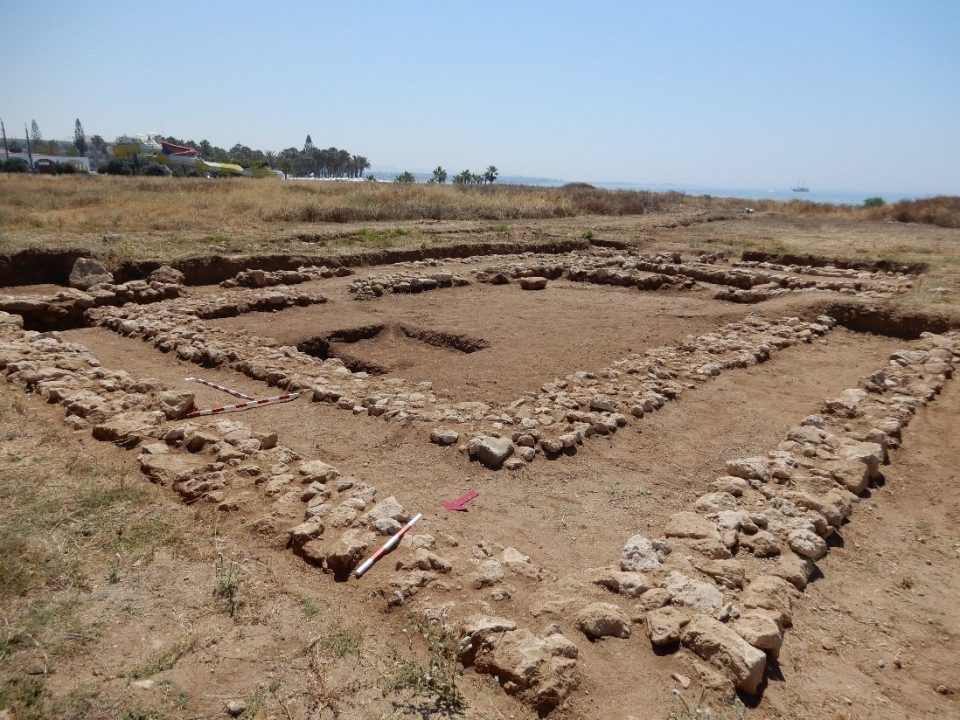 Environmentalists and local authorities in Yeroskipou have expressed their dismay following the shock decision of the antiquities department to allow the construction of a new hotel on an ancient coastal site, where important remains were recently uncovered.

“This is the sort of move that makes people think that it may be time to change the constitution to protect the antiquities,” head of the Green party Charalampous Theopemptou told the Cyprus Mail on Wednesday.

The Greens announced that they were informed by local media of the antiquities department’s consent to construct a hotel unit on the land owned by the archdiocese in Pachyammos, Yeroskipou.

“This is a disgrace and the problem now is that as it is the government giving out the permits, it means that the hotel can proceed and town planning will be granted with no real objection,” said Theopemptou.

The MP added that he can ‘only imagine’, the pressure placed on the antiquities department to say ‘yes’, however, the only way to have stopped the hotel being constructed was for them to refuse permission.

Yeroskipou mayor Michalis Pavlides stressed that the site was of huge importance and should be preserved for generations to come.

“Surely it is better to protect these areas, we have no details about the church’s hotel project and nothing should be built here at all,” he said.

Four days ago, Pavlides sent a letter to the antiquities and land departments requesting they attend the next council meeting in Yeroskipou to explain the decision, he said.

“We have asked them to come, but have yet to receive a reply,” he said.

The Greens said that during excavations at the site, a sanctuary complex of the Hellenistic era was found, with tanks and hydraulic installations.

“These are pieces of our history of immense importance and priceless value,” they said.

They added the political parties and the government had refused to recover this public space by exchanging it for another piece of land elsewhere, as was recommended by the Greens. They added that it is now necessary for the state to explain how it will manage the, “disastrous development plans of the archbishop and to save and highlight this very important archaeological site”.

Andreas Evlavis of the Paphos Greens called on residents of the area to join forces to oppose any such construction at the site.

“Pafians needs to see the future and our rich history and culture, and not always just the present and money,” he said.

According to Evlavis, the antiquities department recently suggested moving the hotel by 10 metres, an idea he branded as ‘stupid.’

“There shouldn’t be a hotel or any other construction in this area at all. The government must find another place completely for this to be built, not in the same area.”

“We are burying our history for the sake of ‘development’.”

Our View: Partial lifting of US embargo a bit of a damp squib