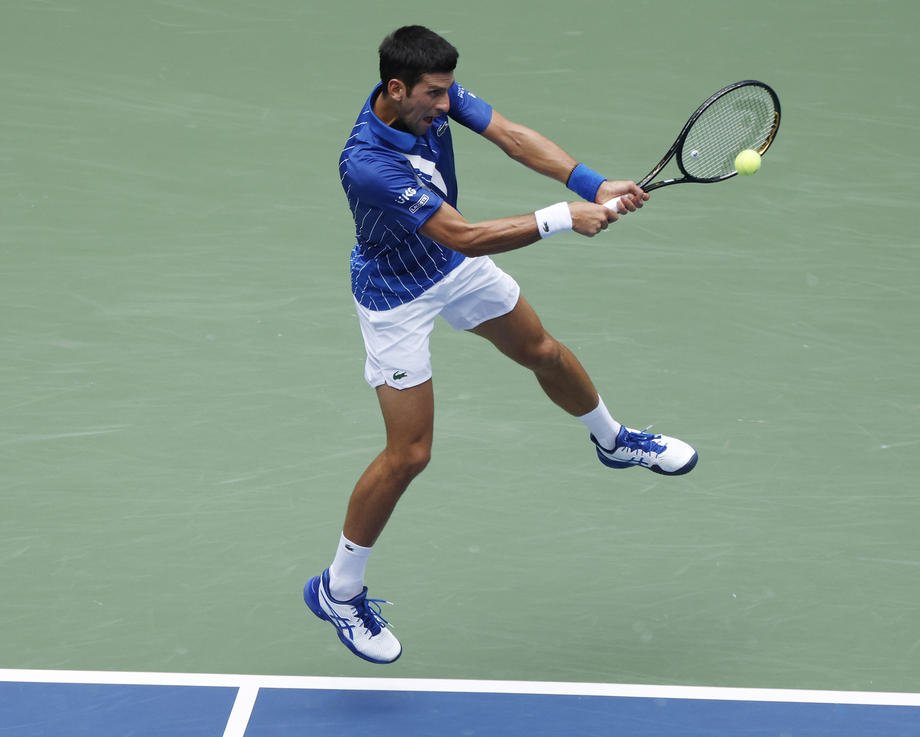 World number one Novak Djokovic brushed aside Briton Kyle Edmund 6-7(5) 6-3 6-4 6-2 on Wednesday after a sluggish start to remain unbeaten in 2020 and move into the third round of the U.S. Open.

On a hot, humid day at Flushing Meadows, Edmund was left bathed in sweat while a cool and collected Djokovic stayed on course for his 18th Grand Slam title and improved his 2020 match record to 25-0.

With the two other members of the sport’s Big Three — Roger Federer and Rafa Nadal — absent from the tournament, Djokovic is heavy favourite to hoist the trophy and the Serb overcame a slow start to show why.

“Mentally, Kyle played a fantastic first set, did not do much wrong,” said Djokovic, who celebrated his victory by moving to the centre of the court and acknowledging the canned applause. “It was anybody’s game really for a set and a half.

“Overall, it was a very good test and I am happy to get through.”

Edmund took a tight opening set, laying down an ace to clinch the tiebreak 7-5.

It was only the sixth set Djokovic had dropped going all the way back to the Australian Open and he did not surrender another to the 44th-ranked Briton.

A serve that was misfiring in the first began to find the mark in the second, the Serb securing the early break on an Edmund double fault on the way to levelling the match.

Djokovic again seized the initiative in the second with back-to-back breaks to jump ahead 4-1 but struggled to close out the set, Edmund rallying to cut the advantage to 5-4 before the three-times champion held for a 2-1 lead.

When Djokovic broke to open the fourth Edmund’s last bit of resistance vanished and the Serb delivered an emphatic knockout punch to set up a third-round clash with Germany’s Jan-Lennard Struff.

“I played a great match against him at the Western and Southern Open but it is different conditions here,” said Djokovic.

“If we are going to play on centre court, he is a big server there is not much breeze so that probably helps the server.”

Meanwhile, Stefanos Tsitsipas weathered a serve-volleying storm from Maxime Cressy before grinding the American wildcard down 7-6(2) 6-3 6-4 to reach the third round of the U.S. Open.

In a slow-burning contest of short, sharp points, fourth seed Tsitsipas had to fight off a set point against the French-born Cressy, who fired 21 aces and rushed the net 92 times on a muggy night at Arthur Ashe Stadium.

Tsitsipas’ centre court debut at Flushing Meadows was without fans but he savoured the moment all the same.

“My experience in playing in Arthur Ashe was one of the best,” he said generously in his on-court interview.

“Getting a first glance and a first taste of Arthur Ashe is great for me, despite difficult conditions.”

Tsitsipas will play Croatian 27th seed Borna Coric as he bids for a place in the last 16 in New York for the first time.

Since reaching the 2019 Australian Open semi-finals, where he knocked out Roger Federer and sent Melbourne’s Greek community into a frenzy, 22-year-old Tsitsipas has disappointed at the Grand Slams.

He made the French Open fourth round but struck out in his openers at Wimbledon and last year’s U.S. Open, where he accused a French chair umpire of being biased and said French people were “all weirdos.”

Having got past the first round this tournament, a calmer Tsitsipas faced 23-year-old Cressy, a former college player in his first Tour event.

Cressy was hardly overawed by the occasion and soon had Tsitsipas under huge pressure, firing down second serves with almost as much fury as his first.

“It’s very unusual to be playing a player who’s hitting both serves (that hard),” said Tsitsipas.

“He’s a player who can play very well in future. His game is very difficult to read and he has a very good serve-and-volley. You don’t get to play against players like this very often.”

Extracting a set point in the 10th game, world number 168 Cressy went for broke with a backhand return but it flew wide to relieve the Greek, who knuckled down in the tiebreak and then roared through the second set.

Cressy scrapped hard in the final set but fatigue set in for the 2.01m (6ft-7in) American, who was broken in the ninth game, allowing Tsitsipas to serve out a tough win.

Plant of the week: The nettle that makes the heart merry, drives away melancholy