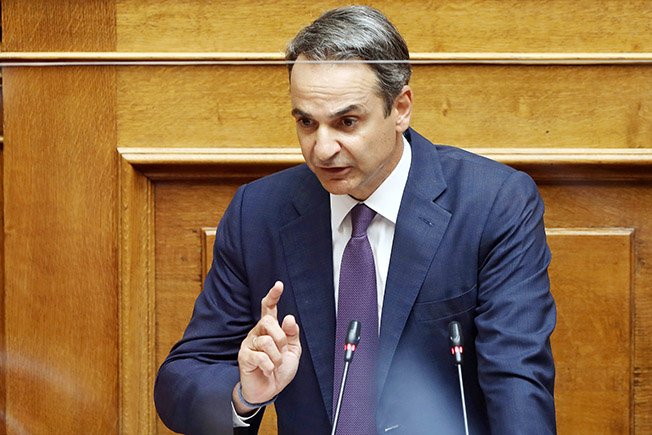 Greece’s GDP shrank 14% between April and June, marking the steepest quarterly contraction in at least 25 years and threatening to undermine a decade of hard-won gains for the recently bailed-out economy.

The record slump, announced by statistics service ELSTAT on Thursday, confirmed expectations for a sharp contraction over the second and third quarters, induced by the lockdown that authorities imposed in March to contain the coronavirus.

The data showed tourism, the economy’s main driver, had taken a severe hit from COVID-related travel restrictions, and among euro zone countries only Spain’s economy, with an 18.5% drop in gross domestic product, performed worse in the second quarter.

Greece lost about a quarter of its output during its 2010-2018 debt crisis, which rocked the euro zone and forced it into bailouts in exchange for unpopular austerity-focused reforms.

However, during that period the economy’s worst quarterly contraction, in the first three months of 2009, was a comparatively modest 4.7%, according to ELSTAT.

Greece emerged from its third bailout in August 2018.

It still has the highest debt to GDP ratio and was looking forward to a strong recovery this year, but with the impact of the pandemic the economy is now expected to shrink up to 10% in 2020. On an annual basis, it contracted 15.2% in the second quarter.

Last year, tourism revenues totalled 19 billion euros. The sector accounts for about 18 percent of GDP and one in five jobs.

Greece did not start easing travel restrictions until May, just before its peak tourism season kicked in, and in the second quarter exports of services – which include tourism receipts – fell 48.3% from the first.

“Mediterranean countries have suffered a huge blow. In the main European cities, including Athens, there are no tourists at all,” Grigoris Tassios, president of the Greek hotels association told Reuters.

“There were zero tourism revenues in the second quarter,” he added, forecasting 3 billion euros in 2020 as a whole.

The data also showed that consumer spending dropped 11.3% as business activity came to a standstill, while bank deposits rose.

Data from electronic transactions and tax receipts would help offset the impact on tourism, the government said, reaffirming its estimate for an 8% GDP contraction this year. Prime Minister Kyriakos Mitsotakis has forecast a strong economic rebound next year.

Nikos Magginas, chief economist at National Bank, was also relatively upbeat, saying Greece’s economic rebound had been faster than other southern European countries once restrictions had been lifted.

But hoteliers’ projections were gloomier.

“We will need three years to return to the 2019 tourism performance,” Emannuel Giannoulis, vice president of the hoteliers association said.

Trump suggests voting twice in North Carolina, which is illegal