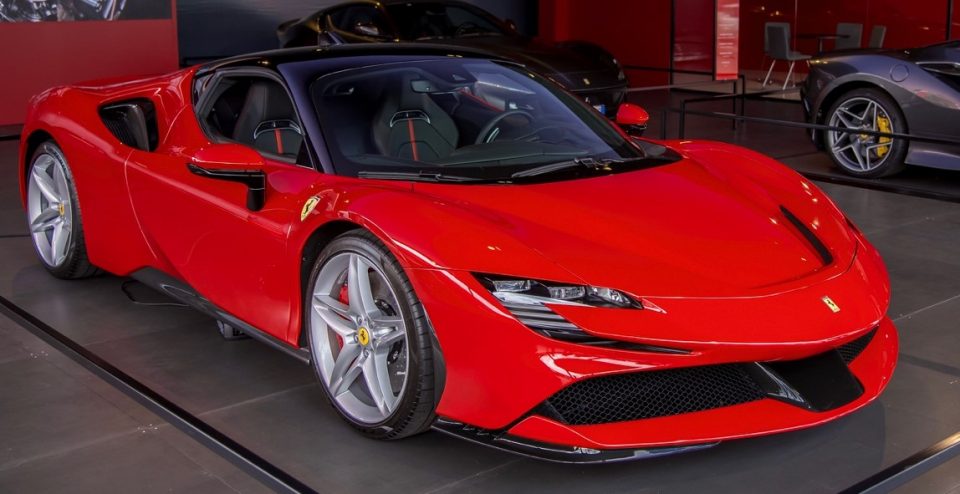 The 2021 Ferrari SF90, a 968hp Hybrid supercar, available for around half a million euros

Cars have existed for over 100 years. That may seem a while, but if we think of them against the grand scheme of human existence, they are profoundly recent. Considering time generationally, humans have existed for approximately 10,000 generations: just 4 of these have experienced the motor car.

In the 120-odd years since their conception, cars have generally relied upon conventional internal combustion engines for propulsion. Likewise, it is commonly accepted that the future is electric. So, what is a hybrid, why are they so popular right now and what is their future?

Hybrid vehicles, that is, vehicles that have both internal combustion engines and electric motors, will likely be seen far in the future as a short fad – a temporary bridging solution while electric vehicle technology and infrastructure closed in on the convenience and accessibility thresholds needed for widespread adoption.  A hybrid can offer some of the advantages of electrification – improved economy, reduced emissions and instant torque, without some of the modern-day disadvantages of a fully electric vehicle, which today mostly centre around value and convenience. With insufficient electric charging infrastructure across Europe, and almost non-existent charging infrastructure in Cyprus, driving a fully electric vehicle can induce ‘range-anxiety’ – a newly coined term for the stress experienced when a car is running out of battery and there are no charging stations nearby. This problem, arguably an electric car’s biggest downfall, is eliminated entirely with a hybrid. When the car runs out of battery, it can use the engine. Out of fuel? Not only is there an abundance of petrol stations pretty much anywhere in the developed world, but it will only take 5 minutes to refill – a blink of an eye when compared to even the fastest of electric chargers.

An important consideration when thinking of a hybrid, is that there exist various different types of hybrid. Nowadays, some expensive cars come with a small 48V battery which can be used to supplement the engine’s power briefly and operate the steering and braking functions so that the engine can switch off while coasting. These are referred to as ‘mild-hybrids’, as the electric motor’s involvement is not significant. Occupying the middle ground of battery-dependency, we have the more traditional hybrid cars like the majority of Lexus hybrids and Toyota’s famous Prius. These have larger electric motors, able to significantly aid in the acceleration of the car, but the engine will still be helping the majority of the time. You are likely to use the electric motor in traffic, at lower speeds or anytime you’re decelerating.

Finally, there are plug-in-hybrids (PHEVs). These usually have larger batteries, which, as the name suggests, you can plug in and charge. They often have an advertised ‘all electric range’ (usually <40km, although improving) and can run on only electricity all the way up to highway speeds. These hybrids are the closest you can get to an electric vehicle without the electric car worries. Filling an interesting niche, there are even some models, such as the hybrid Honda Jazz, that are referred to as ‘range-extender’ hybrids. In these vehicles, the engine never drives the wheels. Rather, its sole purpose is to act as on onboard generator to help charge the battery. It is important to note that almost all hybrids can charge their battery from the engine, but it is more often used to drive the wheels directly. A common misconception about hybrids is that you have to plug all of them in. Only PHEVs require plugging in.

Interestingly, all the hybrids mentioned above, including PHEVs, use regenerative braking to charge their batteries on the move. This is an energy recovery system that slows the car when you press the brake by converting kinetic energy into electrical energy, which can either be used quickly afterwards or stored for later usage in the case of larger battery hybrids. This is a brilliant idea, as it harnesses some of the energy we lose when slowing down. In normal vehicles, this energy is converted into useless heat in the brakes, wasting fuel and causing wear to the brake pads. Regenerative braking helps capture some of that energy. Of course, the system is far from 100% efficient, ie – you’re never going to find yourself with infinite energy to drive with, but having incorporated technology pioneered in F1, today’s hybrids can regenerate enough to invoke a noticeable mark-up in overall efficiency.

The image that hybrid cars carry is undeniably paramount to their popularity. Manufacturers understand this. In the early days, the ‘come-to-mind’ hybrid was the Toyota Prius. It was one of the first cars on the mass market to incorporate battery technology into its powertrain, and represented the epitome of what was technically possible on the front of economy and efficiency. The issue was, to achieve this status, the Prius compromised in almost every other department. It was slow, boring to drive, unexciting to sit in and, in my opinion at least, terrible on the eye. It was the ultimate antithesis of everything that petrolheads enjoyed, and for that reason, despite being fantastically innovative and forward thinking, it garnered a reputation as something far too boring for anyone who’s purchasing criteria extended even minorly beyond pure economy.

Then, in 2013, something changed. Ferrari, McLaren and Porsche all released a new ‘halo’ car. The LaFerrari, McLaren P1 and Porsche 918 sat at the top of each company’s respective line-ups, both in terms of price and performance. Boasting north of 900hp, the cars competed directly with each other and were regarded in the car world as the ‘holy trinity’ – a trio of supercars that were faster, higher tech and more exciting than anything that had come before. While differing in many aspects, one feature the three cars had in common was the use of hybrid technology – here not to boost economy, but to increase speed. Suddenly, hybrids were cool.

Since then, we have seen the rollout of the technology all across manufacturer line-ups. The second-generation Honda NSX is a hybrid supercar. The most powerful available versions of both the Porsche Cayenne and Panamera are hybrids, and, in the coming months, Mercedes will unveil their new ’73 AMG’ drivetrain – a fearsome cocktail of their famous 4.0 petrol V8 and a powerful electric motor that will replace the retired V12 as top dog in the Mercedes catalogue.

Besides their performance and efficiency advantages, hybrids can relieve you of the burden of road tax almost entirely. Take the Mercedes S500E – a plug in hybrid with a 3.0 twin turbo V6 and a 140hp electric motor. Despite having a large and powerful engine, the emissions cycle of the car is calculated such that it pays just €30/year road tax in Cyprus. For a 450hp S class, that is quite remarkable. For comparison, the traditional, non-hybrid S500 pays €432.

The term ‘hybrid’ is seen a lot these days. We have hybrid species, hybrid strains and, thanks to Covid-19, hybrid learning. Hybrid vehicles may not be the final destination on our journey towards renewable propulsion, but there is no disputing the fact that they offer a convenient compromise of futuristic dynamics in a package that is easy and usable in Cyprus today. Their complexity makes them easy to dismiss, as many worry about the repair costs and value down the line. I would encourage those concerned to be open minded: hybrid technology is far from new, and today’s offerings are well sorted and exceedingly reliable. With the understanding we now have about diesel engines and their damaging emissions, hybrids are an increasingly compelling option for the frugal-minded consumer and speed-loving petrolhead alike.