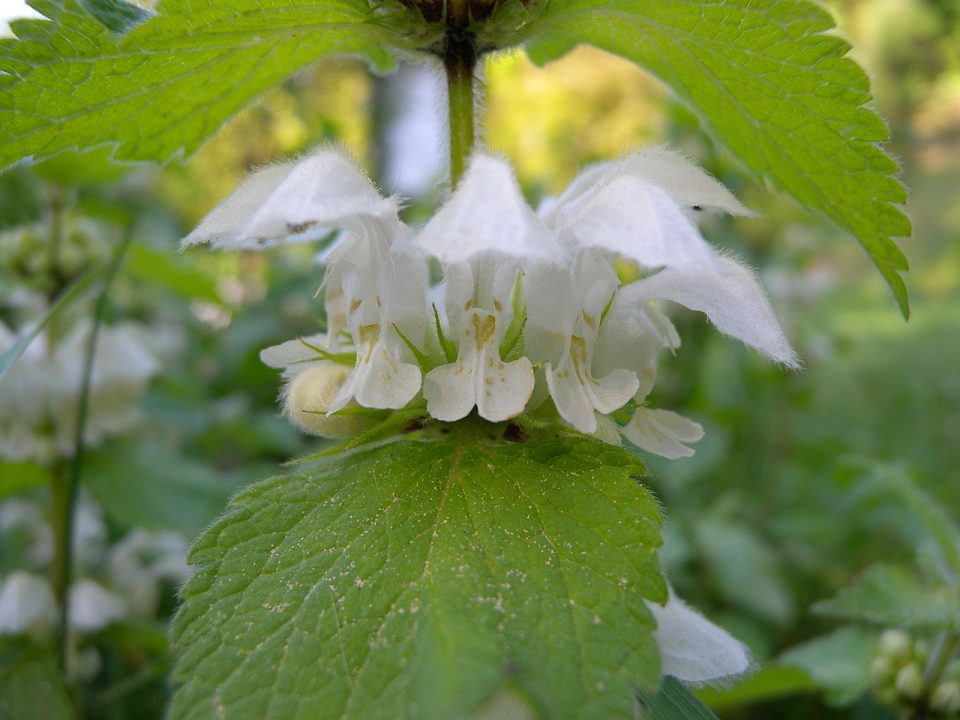 Habitat: A perennial member of the Labiatae family growing up to 2m in wasteland in Europe and Western Asia. A non-stinging nettle with a long rhizome bearing erect square hollow stems with opposite pairs of bright green leaves and clusters of white tubular flowers. There is an overall smell of weasels which is lost in the drying process.

What does it do: This plant owes its name of nettle to the fact that in the early stages it bears a strong resemblance to the Stinging Nettle (Urtica dioica), but the flowers are quite different and they are unrelated. The ‘Dead’ in the name refers to its inability to sting.

The medieval herbalists were very fond of Dead Nettle and considered it an exhilarating tonic: Culpeper writes ‘it makes the heart merry and drives away melancholy, quickens the spirits, is good against the quartan agues (intermittent fevers), staunching bleeding at the mouth and nose if it be stamped and applied to the nape’. Gerard claims, ‘…it may be used with great success in removing the hardness from the spleen which be the seat of melancholy’. Parkinson suggests that the plant be bruised and mixed with salt, vinegar and lard and be applied to relieve the agony of gout.

A tea made from the plant is still a common ‘spring tonic’ among country folk and the tender young leaves can be eaten like spinach; in some parts of the west of England it is made into a summer beer. The flowers of Dead Nettle are a valuable source of nectar for honey-bees and are often planted around hives by apiarists.

Alexander McCowan. Author of The World’s most Dangerous Plants

Top 5 degrees to get online