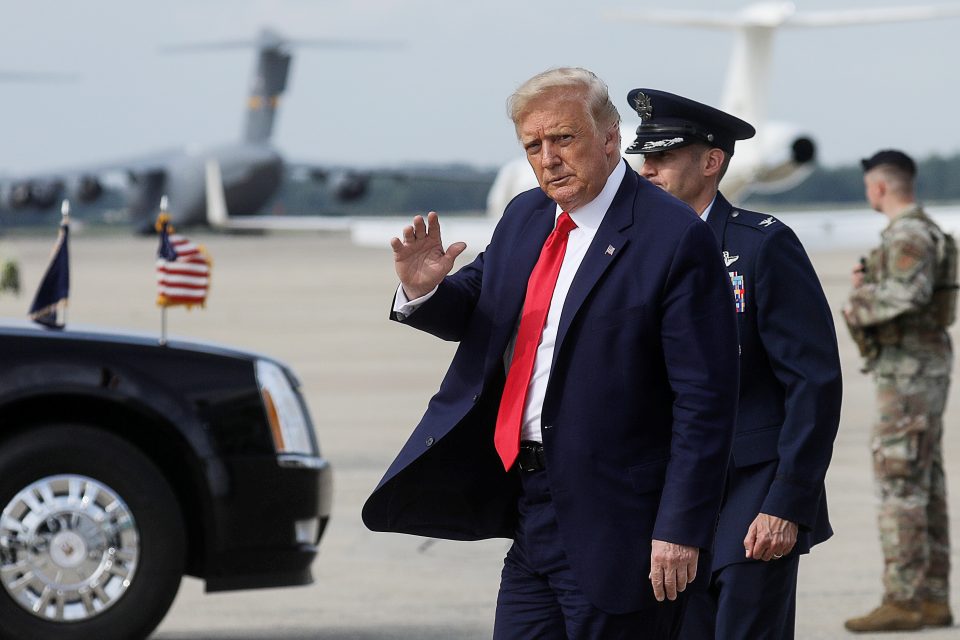 U.S. President Donald Trump has urged residents of North Carolina to vote twice in the Nov. 3 election, once by mail and once in person, openly urging an act of voter fraud even as he has decried mail-in ballots.

“Let them send it in and let them go vote,” Trump said in an interview on Wednesday with WECT-TV in Wilmington, North Carolina. “And if the system is as good as they say it is then obviously they won’t be able to vote” in person.

Trump has repeatedly asserted, without evidence, that mail-in voting – expanded by some states because of the coronavirus pandemic – would increase fraud and disrupt the November election, although experts say voter fraud of any kind is extremely rare in the United States.

Trump, a Republican, campaigned on Wednesday in North Carolina, known as a battleground state because its population can swing either to Republicans or Democrats and play a decisive role in presidential elections.

Ballots are due to be mailed in North Carolina on Friday.

Trump campaign official Tim Murtaugh told NBC News on Wednesday the president was encouraging people to vote early by mail “then show up in person at the polls or the local registrar to verify that their vote has already been counted.”

But the state’s Attorney General Josh Stein, a Democrat, responded on Twitter, writing that Trump, a Republican, had “outrageously encouraged” North Carolinians “to break the law in order to help him sow chaos in our election.”

Stein wrote: “Make sure you vote, but do NOT vote twice! I will do everything in my power to make sure the will of the people is upheld in November.”

Representatives for Trump’s campaign, which has sued several states over their efforts to expand mail-in voting, could not immediately be reached for comment.

A record number of mail-in ballots are expected this year as people seek to avoid crowded polling places amid COVID-19.

Experts have cautioned such a surge will mean a winner may not be clear on election night given the time it will take to count and verify all the ballots. Nearly one in four voters cast presidential ballots by mail in 2016.

Unemployment recorded a 69.2 per cent increase in August