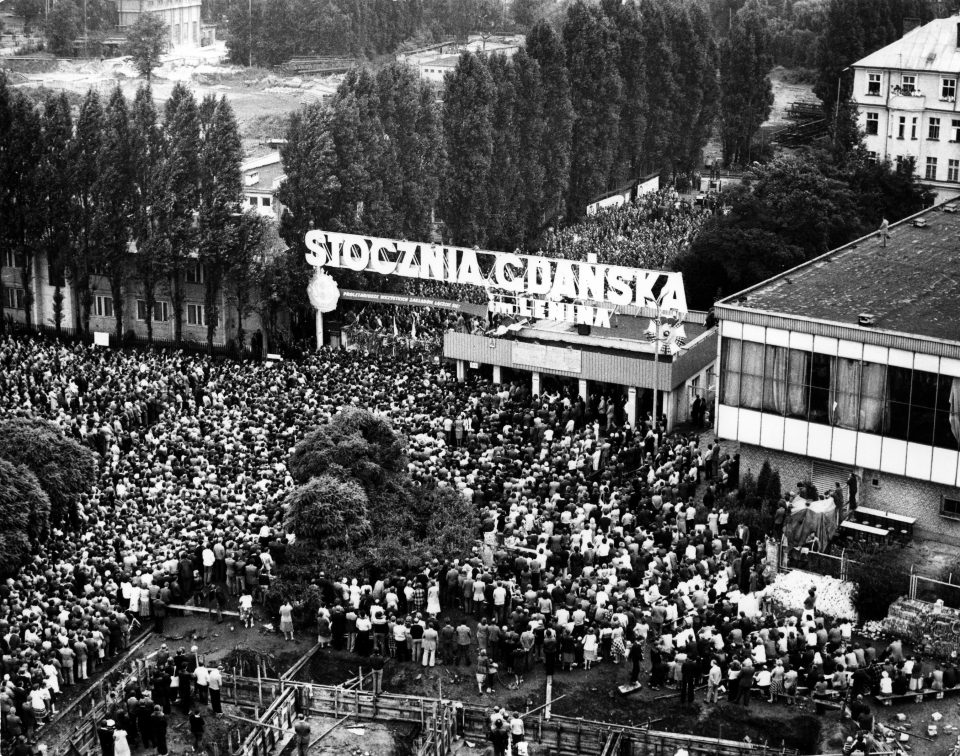 In 1981, I was in Gdansk Shipyard on many occasions with Alain Tourain and Michel Wieviorka. We were there in December that year, just before the declaration of martial law in Poland. In France and in the West in general, ‘Solidarity’ was a very popular movement, but it was supported for different reasons. The Left considered the worker’s spurt as a chance to introduce ‘true’ communism in Poland, while the conservatives saw it as a national-Catholic movement, and democrats focused on its anti-totalitarian dimensions. This is why, from the beginning, we thought that if we wanted to understand the nature of this phenomenon, we should get in touch with the activists from various smaller Polish towns.

The strength and originality of Solidarity came from the fact that strikes in big centres like Gdansk, Katowice, Szczecin and Nowa Huta gave the movement a universal dimension. Solidarity was uniting three different types of protest.

First of all, Solidarity was a ‘classic’ worker’s movement, seeking the improvement of conditions, like higher wages, the existence of free trade unions and the independence of the communist party.

Secondly, it was a democratic movement that managed to unite under one banner, workers’ protests, democratic postulates manifested by intellectuals, and also the feeling of national community strongly associated with Catholicism. Indeed, in its activities, Solidarity could count on support from the Catholic Church and the pope.

Thirdly, it was a national movement which tallied with historical Polish traditions. The movement was opposed to dependence on foreign powers, which in this instance was Russia.

So, Solidarity’s power came from the integration of different aspirations in the name of society, workers, patriots and democrats.

Solidarity didn’t overthrow the communist system, nor the Soviet world. They survived another decade and then collapsed, from the inside.

In most cases social movements reflected only the crises of elites and of governing powers. But with ‘Solidarity’ the whole of communist society with all of its myths, collapsed.

The Polish movement showed to the world that the communist party was overwhelming the working class, that the ‘people’s democracy’ wasn’t democratic nor was it ‘the people’s’ and finally showed that the whole of this system was dependent on Russian military power. Without ‘Solidarity’ the communist world would still have collapsed, but thanks to the movement, the communist ideal was broken in the name of workers’ rights, democratic values and the feeling of national community. Jaruzelski didn’t consider himself a communist. He presented himself as the one who prevented the direct intervention of Russian tanks.

The end of communism didn’t mean the transition to capitalist and liberal heaven. But Solidarity played a historical role, because the ideology and the myths of communism were overthrown by working people, citizens and patriots. From that moment on no one could believe in this ideology.

There is no other movement in the entire history of mankind that was as huge, went on for as long and was as inclusive as Solidarity.

Though, we should remember that it wasn’t a revolutionary movement in the traditional sense. Solidarity didn’t want to seize power by force, even if it had been possible. The movement was fighting for a government that would allow for a self-regulating society to exist, with independent trade unions, free media, patriotic aspirations and citizens with different opinions. Despite the tensions within it, the idea of compromise and moderation were always a priority.

All the movements opposing despotic governments and external domination today could be seen to resemble Solidarity. However, these are breaking from the inside due to tensions between nationalists and cosmopolitans, democrats and integralists, traditionalists and progressives, radicals and moderates. These movements are fighting against corruption and ineptitude in power for different reasons, sometimes interrelated, but their internal disintegration is possible even before authorities threaten them.

Most democratic ‘uprisings’ in the world have resulted in the creation of regimes of weak government, corrupt, often authoritarian, where conflicts occur between nationalists and religious integralists and those with democratic aspirations. Even if Solidarity was finally beaten, there was no other movement with the same power or consistency.

It was without doubt the biggest workers’ strike in history, proclaiming democratic and national values. Despite all the tensions, there was no disintegration. The movement brought together workers, students, intellectuals, both liberal and more conservative, farmers, engineers, a big part of the clergy and even some members of communist party. Solidarity represented a united society that was able to rise above internal contradictions to stand up to the power of Russian tanks. The fifteen-month ‘Carnival of Solidarity’ was filled with enthusiasm, courage, wisdom, spirit of freedom and solidarity itself.

Our View: After endless preparation, justice reform placed in the hands of a committee