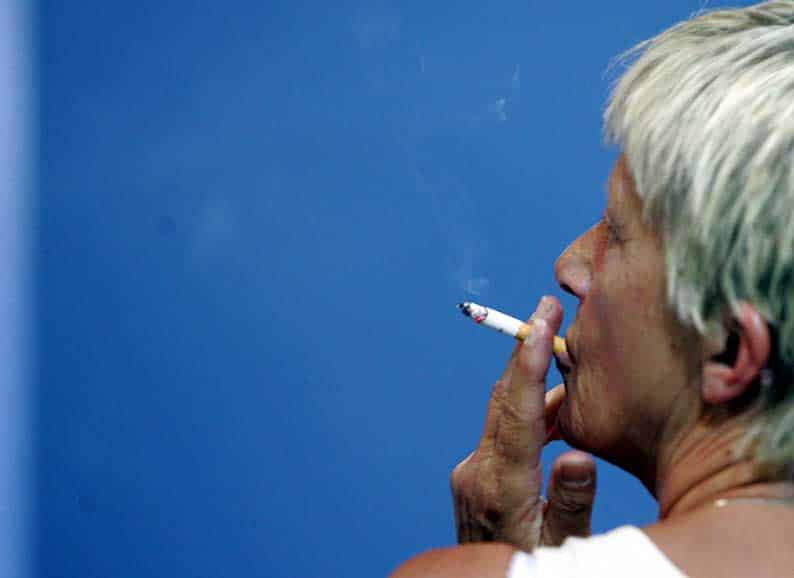 A much stricter clampdown on smoking has been proposed in a draft bill which was put forward by Green Party MP George Perdikis.

If passed, the bill would more than triple the standard fine for smoking offenses from €85 to €300. It would also greatly expand areas where smoking is prohibited.

While there are already measures in place to combat smoking, the law is loosely and sporadically adhered to – especially at nightlife establishments.

The bill, which will be formally put forward on Friday, seeks to ban smoking even in outside areas of universities, sports areas and cafes/bars/restaurants. It will redefine what is considered to be an outside space when linked to such businesses.

Speaking to the Cyprus Mail, Perdikis said that: “More people have died from smoking than the coronavirus this year, and if we are listening to the science on the virus, we should do the same for smoking.”

But tackling the smoking culture in Cyprus is an uphill struggle, and one which Perdikis is fully aware of.

He expects delays, and the possibility of the bill not even being debated during the current parliamentary session, but he hopes that various bodies can help speed up the process.

The draft bill has already faced fierce criticism, notably from those involved in the café, bar and restaurant sector.

“We completely disagree with any attempt to change the law on smoking,” General Secretary of the Pancyprian Association of Owners of Recreation Centres (Pasika, Fanos Leventis, told the Cyprus Mail.

“If anything, they should allow for more opportunities to smoke indoors as they do in casinos,” he said.

He referenced the closure of many pubs in Britain after the smoking ban came into effect. Pubs are closing at a rate of 18 a week, according to the latest industry figures.

“Many others have had to rebrand completely, with many becoming gastro-pubs,” Leventis said.

He said there exists a double-standard, where smoking is banned in certain areas for health reasons but that casinos been granted exemption from such measures.

“Business owners should have the freedom to operate how they choose,” Leventis said.

The bill would also usher in the end of hotel rooms for where smoking is permitted and other “specially designated areas”, such as cigar lounges and smoking within casinos.

Those backing the bill justify the stricter measures on the basis that smokers are putting others at risk by exposing them to second-hand smoke. Opponents however say that the risks from passive smoking do not justify the proposed measures.

Our View: After endless preparation, justice reform placed in the hands of a committee