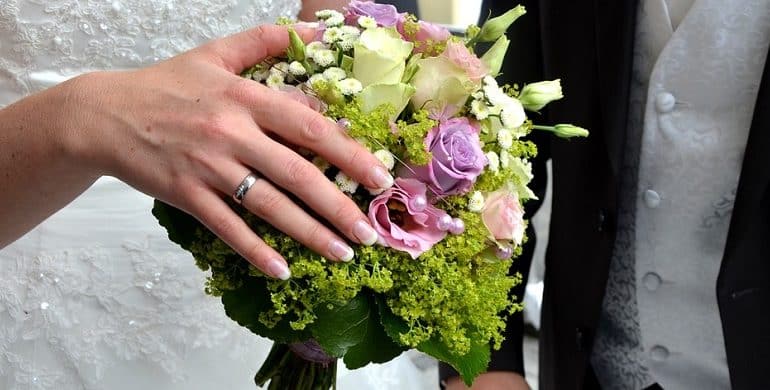 Municipal staff are no longer able to perform marriage ceremonies in Cyprus following a decision by the ministry of the interior to only permit mayors and deputy mayors to officiate, creating an ‘impossible’ situation according to local mayors.

Mayors in the Paphos district believe the decision, which was made without any discussion or consultation, comes in the wake of a number of ‘sham’ marriages, mostly involving third-country nationals, that have been recently uncovered in other municipalities.

“This will affect all of the municipalities in Cyprus, not just ours, but we have so many weddings particularly during the summer that there is no way I would be able to undertake this work,” the mayor of Yeroskipou, one of the four municipalities in the Paphos district, told the Cyprus Mail on Friday.

Cyprus is also a popular wedding destination with overseas couples marrying and honeymooning abroad; Paphos is particularly popular with the British market, which generates a substantial income for the municipalities.

Yeroskipou municipality usually carries out around 900 weddings a year, mostly in the summer months, said Pavlides, and five staff are employed to deal with the sector.

“I have only carried out around ten marriages in the last nine years and usually, this not something that we do. We have experienced employees for this, and in the summer we can have 25 weddings a day, it would be impossible to carry them all out,” Pavlides said.

The situation will also badly affect Peyia which carries out more than 500 weddings a year, and which yields an income of more then €350,000 annually, according to the mayor, Marinos Lambrou.

“Sometimes, we have three weddings at the same time. How will this be possible. I have performed a wedding today and I have two booked for Monday but they are at the same time, so I have had to ask one couple to change their time,” he said.

“Our two wedding employees are very experienced and only once has paperwork been submitted that was a sham. It was easy to tell that the couple were not legitimate. We didn’t accept their papers. The staff are upset, as this is their job and they have been stripped of their profession.”

Lambrou is using the wedding officers as secretaries but added, “no-one needs a secretary the whole time, and they would like to go back to doing their jobs.”

He added that instead of increasing this important part of the tourism sector, the latest regulations are creating huge problems.

Lambrou added that due to the pandemic, many weddings this year have been postponed until next year, when he expects there to be more than 500 booked. Peyia already has ten booked to be officiated in just one day in 2021.

“Who will do all of these, it is totally impossible,” he said.

The mayors of Paphos have sent letters to the ministry of the interior to reconsider the decision with the hope that the situation can be resolved swiftly.

Pavlides will meet with the minister of the interior Nicos Nouris on Tuesday when he will discuss the matter.

“I hope that he understands us and we can find a solution,” he said.