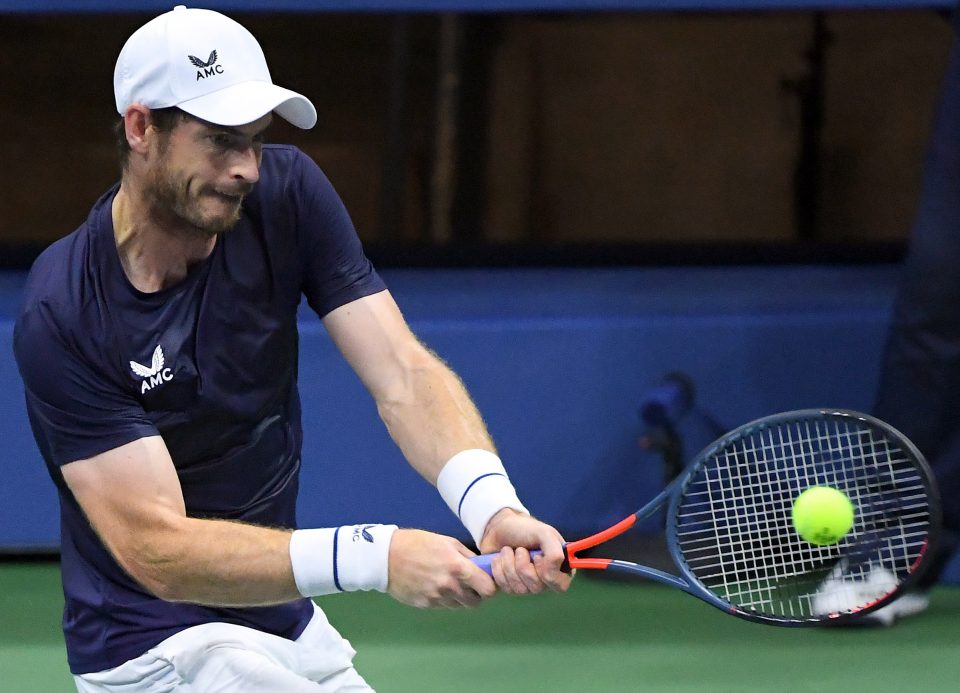 Andy Murray in action against against Felix Auger-Aliassime

Andy Murray’s US Open comeback came to an end in the second round at the hands of Canadian prodigy Felix Auger-Aliassime.

Murray, in his first grand slam singles tournament since career-saving hip surgery 20 months ago, bowed out after a 6-2 6-3 6-4 defeat.

The two-time Wimbledon champion, 33, had run himself into the ground in a four-and-a-half hour, five-set marathon against Yoshihito Nishioka on Tuesday.

And a hard-running, hard-hitting 20-year-old was his opponent just two days later, with a match against Dan Evans or Corentin Moutet awaiting the winner.

Murray knew what he was up against just 10 minutes into the match, after Auger-Aliassime held serve to love before securing a break in game two.

Murray had earmarked Auger-Aliassime’s serve as a weakness in his game, but it was impeccable. Murray, one of the finest returners the sport has ever seen, did not create a single break point.

Auger-Aliassime ran away with the first set in 41 minutes, the youngster hitting 18 winners to Murray’s one.

Even Murray at his peak, without the beaten up toes and exhausted body which left him desperate for an ice bath after his exertions against Nishioka, might have struggled to chase down some of the ground strokes exploding off the 15th seed’s racket.

Murray stayed in the second set until 3-4, when Auger-Aliassime secured another break before booming down an ace to go 2-0 up.

Unlike the scene 48 hours ago, this time there was to be no heroic fightback. There was simply not enough left in the tank.

In 2011 Auger-Aliassime had watched from the Arthur Ashe stands as Murray beat Feliciano Lopez en route to the semi-finals.

Nine years on, at the same venue, he found what was arguably a career-best performance to stub out the former world number one’s hopes of a second Open title.

Murray said: “He kind of played how I expected. He’s a big guy. He takes the ball on. There’s obviously fairly quick conditions here, as well. I expected him to play that way.

“He maybe served a little bit better tonight than he had in the last couple of weeks, which helped.

“He got quite a lot of free points with the first serve, and then even when I was getting a racket on it he was able to dictate off the first shot of the rally, as well.

“Physically, you know, I actually did pretty well I thought in the first round. But I think the more tournaments that you play, the more matches that you play, you build up that sort of robustness in your body which right now I don’t really have.”

Auger-Aliassime revealed the lockdown had given him the chance to hone his serve.

“I think it’s all come together,” he said. “We’ve been away from tennis for five months and I’ve been working on it. Even with nerves I was able to serve well.

“But in the back of your mind you know you are facing Andy Murray. You never know what tricks he’s got in his pocket. To close it out is not easy. You’re facing a great champion.

“It’s an amazing feeling. I wish the fans were here. Life is funny, I came here as a kid in 2011 and it’s crazy that nine years later I’m here getting the win.”