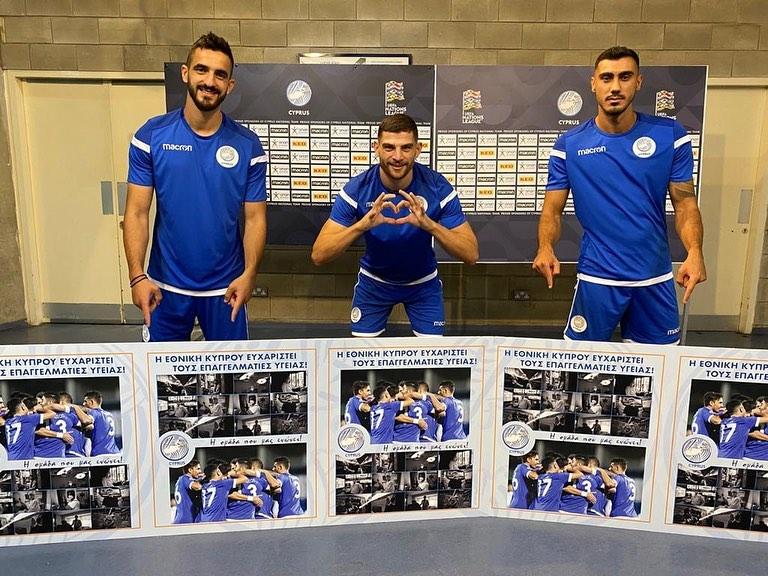 The Cyprus national football team squares off with Montenegro tonight in the Uefa Nations League tournament. The game will take place at GSP Stadium in Nicosia and is set to start at 7pm Cyprus time.

The first matchday of the Nations League kicked off on September 3, with Germany drawing against Spain (1-1), the Faroe Islands beating Malta (3-2), Russia beating Serbia (3-1), Bulgaria drawing with Ireland (1-1), and Slovenia drawing with Greece (0-0).

Cyprus will have a number of players unavailable to them. Alex Gogic will miss out on what could have been his first senior cap due to having to self-isolate after a false positive Covid-19 test result. Besides Gogic, the Cyprus Football Association (CFA) confirmed that all other players have been tested with all results coming back negative.

Apoel winger Georgios Efrem has been withdrawn from the squad due to a muscle injury, with Pieros Soteriou also unlikely to feature against Montenegro. Soteriou only managed to play a total of 30 minutes for his club FC Astana during their last domestic game as he is still trying to fully recover from an injury. He may be available for Cyprus’ next Nations League game against Azerbaijan on September 8.

Experienced centre-back Valentinos Sielis will not be available against Montenegro due to a suspension carried over from his previous national team game.

Meanwhile, AEL Limassol left-back and left-winger Andreas Avraam has been called up by manager Johan Walem. Avraam registered three assists for his club last season, all coming while playing on the left flank. He has featured in both of AEL’s games this season, managing to grab a goal in the opener against Olympiakos Nicosia.

Charalambos Kyriakides, Giannis Satsias, Marinos Tzionis and Loizos Loizou have been called have all earned their first call-up to the senior national team.

Speaking on behalf of the team during a scheduled press conference, Ioannis Kousoulos said that the team will give it their best effort to get a positive result.

“We are ready to follow the manager’s plan so that we take the team as high up the table as possible”, Kousoulos said.

Commenting on the large influx of young players in the senior setup Kousoulos was quite positive.

“They look better in their first training sessions than my own”, he said. “It’s reasonable for some of them to feel nervous but we are a family and we tried to make them feel at ease from day one.”

The CFA and the national team also expressed their gratitude and appreciation for all health workers through a post on Instagram and Facebook, thanking them for their struggle against Covid-19”.

The national team will also don their new home kit for the first time. The kit, manufactured by Macron, features a map of Cyprus embossed on the lower back area, with the motto “The team that unites us” printed in the rear neck area.