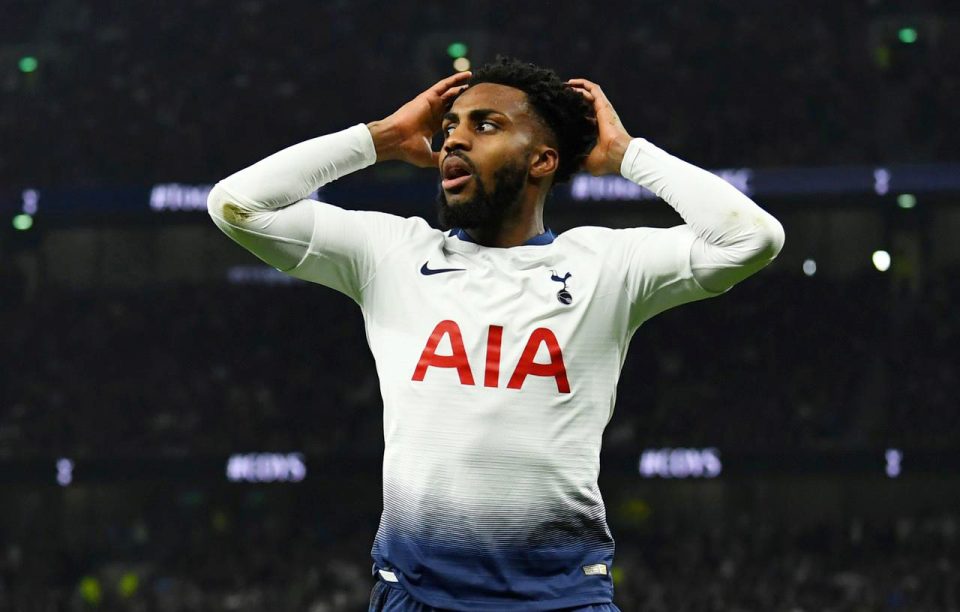 Tottenham defender Danny Rose summoned Jose Mourinho for showdown talks to discuss his lack of playing time in the side before his January exit.

The heated meeting, which makes gripping viewing, is shown in the latest batch of episodes of Amazon Prime Video’s All or Nothing documentary series which is released on Monday.

The notoriously outspoken Rose requested a meeting with his manager after he was left out of the squad for the 0-0 draw at Watford in January, which served as a precursor to his loan move to Newcastle the following week.

Rose opened proceedings by asking Mourinho “what the problem is” and after the Portuguese questioned what he meant, Rose replied: “You know exactly what I mean.

“How I’m being treated. I was very excited when you came as manager but if you don’t want me to play, I’d rather you just told me now and I’ll stay at home, gaffer. I’ll train at home.”

Mourinho explained that he picked Rose for the match against Liverpool and that he did not play well.

Rose replied: “I respect what you’re saying about I didn’t play well against Liverpool, which is true. But I play once every four weeks, do you want me to be man of the match and give my best performance when I play one game every three or four weeks? The defence has kept two clean sheets. They play every game. It’s not fair.

“You were right and I respect what you say. But other people have been s**t in training, s**t in games, but play every game and are in the squad every game. It’s not fair.”

After Mourinho retorted with “that’s your perspective”, Rose lost his cool and said he wanted to speak to chairman Daniel Levy before walking out.

He said: “It’s facts. The whole changing room know it’s facts. Not fair. And I’m going to see Daniel as well. So when Daniel’s in tell him I’m looking for him.”

Rose, in a separate interview for the documentary, explained his frustrations at seeing Jan Vertonghen and Japhet Tanganga picked ahead of him.

“I’ve spent pretty much all my professional career at this club and I just wish I was involved,” he said.

“I fully believe in myself that I am Tottenham’s best left-back still. I can’t watch centre-backs and right footed centre-backs play in my position. It’s a slap in the face, basically.”

Rose got his meeting with Levy, albeit in the players’ canteen, where the chairman explained that Bournemouth and Newcastle wanted to sign him on loan, but AC Milan were no longer in the hunt.

The 30-year-old eventually signed for the Magpies on loan for the remainder of the season a few days before the January transfer window shut.

The exit of Christian Eriksen is also covered in depth as a frank conversation between the player, Levy and Mourinho is shown.

Eriksen tells Levy that he is keen to go to Inter Milan, who had made a bid, but the Spurs chairman warned the Dane that the club would not budge on a 20million euro asking price.

“It’s not that difficult, it’s not like we’re talking about 100m dollars, pounds or euros,” Levy told Eriksen, whose move did eventually go through.

“But from our viewpoint, we just need to be getting a fair fee for the circumstances that we’re in. I don’t think in today’s market to pick up a player of your quality for 20m euros is not a lot of money, so I don’t think we’re being unreasonable.

“If the number isn’t right and I know it’s not what you want to hear, but because of our circumstances there’s a level where it’s not worth our while.

“We have to try to find some solutions. Very difficult in January, as you know. I also said to Jose, and I just want to make this clear now, from Tottenham’s viewpoint I’ve always been consistent here, we don’t want you to go.

“From a financial viewpoint, I’ve always said to you whatever another club is offering we’d do exactly the same, so there can be no doubt in your mind that your reason for leaving isn’t a financial one.”