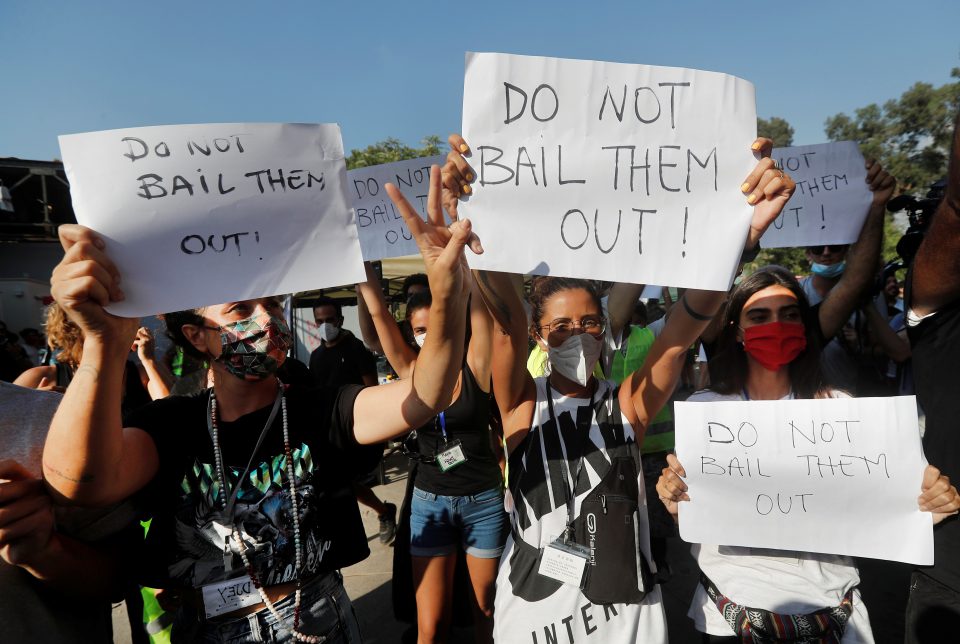 “Lebanon, pearl of the Orient” is the cliche traditionally associated with Lebanon. It’s a slogan that has been fading for the last 30 years. The times when golden shores dominated the coastline of the small Mediterranean country are long gone. The luxury, the splendid architecture, the city’s multicultural population are slowly being replaced by a growing misery. This is down entirely to the political powers ruling Lebanon since 1975.

Contrary to popular belief, this did not happen all at once. After 15 years of civil war from 1975 to 1990, the reconstruction efforts carried a titanic cost, and Lebanon’s main policy was to finance them through the national debt.

In short, successive governments have spent 30 years looking for more money at any cost, mainly from foreign and domestic lenders every time they needed some.

This ultimately led to an estimated gross external public debt of $34 billion and a total debt of $92 billion.

At the same time, the political leaders have managed to drag other private entities into their economic “inferno”. They kept on borrowing from the Lebanese commercial banks and have built up a $58 billion internal debt issuing treasury bills and Eurobonds.

The three main factors behind Lebanon’s over swollen public debt are immediately clear:

Ever since the 1989 Taef agreement ended the civil war in Lebanon, the warlords have been allowed to run free without any accountability. They have “laid their eggs” wherever they could in the public sector – offering jobs to their followers and creating networks of influence.

The political leaders have, for decades, distributed public jobs among their followers as a “political courtesy”, regardless of competence or need.

In 2019, the Lebanese parliament’s finance and budget committee issued a report announcing that “5,013 public servants were illegally hired, after a decision had been taken to freeze all hiring procedures in August 2017”.

It gets even more interesting when you learn that the number of public servants employed by the Lebanese state is “unknown”. And no one even bothered to find out for decades.

“Unofficial estimates have the total number of people getting paid by the Lebanese ministry of finance at 350,000,” economic analyst and professor Jassem Ajaka told the Cyprus Mail. “But you will never have an official number. It will reveal the amount of corruption they are trying to conceal.”

The only information available is that “32,009 were illegally hired prior to 2017” according to the parliamentary committee in 2019.

Bottom line? The Lebanese taxpayers are paying salaries for an unknown number of people that were hired through all kinds of “tricks” even when they did not have the right qualifications.

The cherry on top is that “$27 billion of public funds have evaporated since 1990 according to the report of the Lebanese court of accounts” said Ajaka.

If you think this is shocking, hold your breath and note that 92 per cent of foreign donations from 1997 until 2002 are unaccounted for in the state books, according to a report issued by Finance Minister Ali Hassan Khalil in 2019.

It would take more than a single newspaper article to dive in deep enough into the darkest corners of the Lebanese corruption machine.

Electricity is a chronic issue that has debilitated Lebanon since 1990. “Lebanon’s electricity sector is both a main symptom of the dysfunctional power system and a key contributor to the economic, fiscal and financial crisis,” according to a report by Kulluna Irada, a Lebanese civic organisation for political reform.

According to Ajaka, the electricity sector has “consumed up to $1.5 billion alone every year in the past decade”. Not to mention the interest on the money borrowed from the market for that purpose.

Every energy minister for the last 30 years has promised to resolve the issue and failed to do so. Sometimes many of them simply disregarded the matter.

For the last 10 years, the Free Patriotic movement which the current Lebanese president Michel Aoun headed for years before his election, has held the energy ministry and launched plans to restructure the electricity sector. Not a single one of them came to light.

“Ali Baba’s cave” is the nickname that people in Beirut give to the city’s main port.

It is really hard to know sometimes what gets in and what gets out of there. The last deadly blast that occurred there and almost wiped out the whole capital is a good example.

“At least $1.5 billion is the yearly estimated amount that the Lebanese state loses due to smuggling at the city’s port,” Ajaka told the Cyprus Mail.

In addition, “142 illegal passageways are wide open between Lebanon and Syria” he said.

Syria, a country under severe sanctions is benefiting from the situation to drain fuel and products from Lebanon.

These passageways prevent “$50 million a year” from entering the state’s treasury according to Ajaka.

Tax evasion, meanwhile, is estimated at “$4 billion a year” he added.

Finally, combine these elements with bad governance and an economic system that relies on imports. Hence a disproportionate need for US dollars, which served as a main currency alongside the Lebanese pound. It was always going to mean a disastrous result.

However, what “led the herd off the cliff” was a three-dimensional crisis that started with a popular uprising on October 17, 2019, followed by the coronavirus outbreak and ended with an apocalyptic blast in Beirut’s port on August 4.

The hyperinflation that hit Lebanon hard since then has led the Lebanese lira to jump from roughly 1507LBP= $1 in July 2020 to roughly 7200LBP= $1 today.

Each of the governing Lebanese political parties promise to initiate reforms, work out the electricity sector issue and apply transparency to state affairs.

But falling under their spell will not be the Lebanese people who have watched for over three decades. Since 1990 there have been 23 governments, 11 prime ministers, four presidents, the same parliament speaker and the same central bank governor

They have all succeeded in reducing Lebanon to a shadow of her former self.

Hunt for man in Birmingham after stabbings leave one dead, seven injured (Update3)