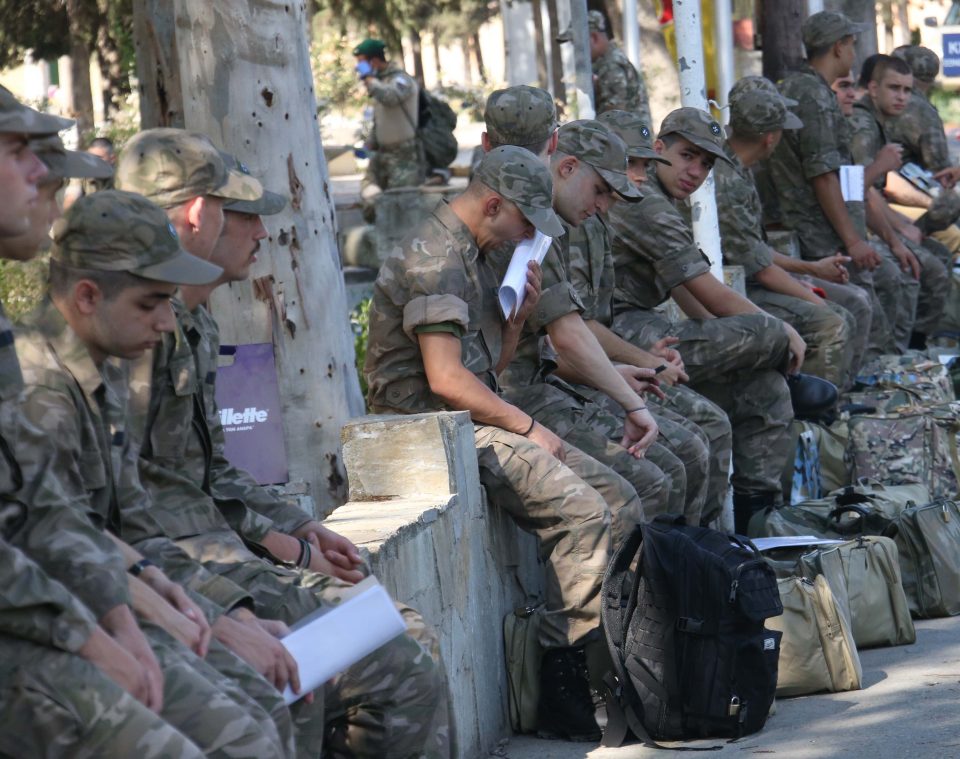 The defence ministry has told the Sunday Mail it does not expect a huge uptake in the offer of deferrals to conscripts to allow them to leave behind the military service they recently started to take up places in UK universities later this month.

For the first time ever, some of the army recruits who have been in their barracks for only two months now have the chance to defer their 14-month military service.

The unprecedented decision by the cabinet on Thursday followed the unsuccessful attempts to convince the British government to make allowances for prospective male students who missed out on the last year of the cheaper home fee status for EU students because of their army duty.

In June, the UK announced that from September 2021 fees at British universities will increase substantially because of Brexit and all EU students will pay pricey international fees instead of home fees.

But the offer to ease the financial burden of the university life they would have had by waiting until 2021 is offset by the fact that those who do go will have to complete their military service when they finish their studies.

There has been no clear indication as to how many young men will be impacted by the new policy, but in the lead up to Thursday’s announcement it was said up to 500 young men could be affected by the change in fee policy.

When asked about the number of 500 which some have questioned, defence ministry spokesperson Christos Pieris told the Sunday Mail: “Absolutely not, it is much less than that. Whoever has secured a place for the academic year of 2020-2021, and has been sent confirmation of such by the university, then we will proceed and provide them with the deferral.”

Pieris said that while it appeared that many were interested in studies in the UK, the deferral deal only applies to those who have confirmation of a place at university.

“Now that we are waiting for the letters to be submitted the number is much lower,” he said.

Pieris would not be drawn into offering an estimate.

“It is important to note that their dismissal is temporary, because as soon as they have completed their first degree they will have to return,” he said.

Pieris explained that the majority of degrees last three years, with the longest being medicine at six years, and as such within six years “the final person will have returned”.

Alkis Christodoulides, a parent who helped set up a Facebook group to lobby for the new recruits, had mixed feelings on the recent Cabinet decision.

As spokesperson of the group, he said that: “It is a compromise that will benefit a number of families but it is not what we were asking for.

“It is good, of course, but at the same time there are a number of families that don’t know what to do, even those families that got this it’s still difficult.”

Christodoulides explained that they had been hoping for either a bilateral agreement between the British and Cypriot governments, or financial help for the prospective students.

As for the financial assistance aspect, he said that: “For those studying next year, with the much higher fees we were hoping to help find a solution for them – we had even submitted a financial proposal for that.”

And what about those who will have to wait until next year? Well, it remains uncertain, but the discussions are sure to continue.

“We hope that the government can also find a solution for the rest of the young men who cannot take advantage of the early army deferral right now,” Christodoulides said.

The mother of one such man said that the matter was far more complicated and stressful than many realise.

She explained that some who had already been accepted into universities had deferred their studies until the following year.

She also pointed to the tight window in which to get things done: roughly two weeks to now find accommodation, hoping to hear back in time from various universities and all the other challenges associated with setting up a new life in a new country.

“Each family has their own story to tell,” she told the Cyprus Mail.

“Think of those who have been in the army for two months and may now go abroad to study and then have to come back to serve again before starting their careers,” she said.

Between the multitude of challenges sprung up by the pandemic and facing steeper fees the army recruits of 2020 appear to have been dealt a challenging hand.

But the decision to allow some recruits to leave also changes the plans for the army itself.

The Cabinet is expected to send to the parliament an additional budget for the recruitment of an additional number of contracted soldiers (Syop) to fill the gap of the temporarily dismissed national guards.

Some have expressed their dissatisfaction with the plan, arguing that the prospective students are free to study elsewhere and do not have to choose the expensive option of England.

Now, opponents say, the taxpayer will have to foot the bill of the added cost of having to hire contracted soldiers.

Asked about how many more people will have to be hired, Pieris said that: “We have said that it will not be done on a one-to-one basis… as time progresses we will return to the usual capacity.”

Our View: Cyprus can no longer have one foot in the West and one in the East

Why has our wildlife disappeared?