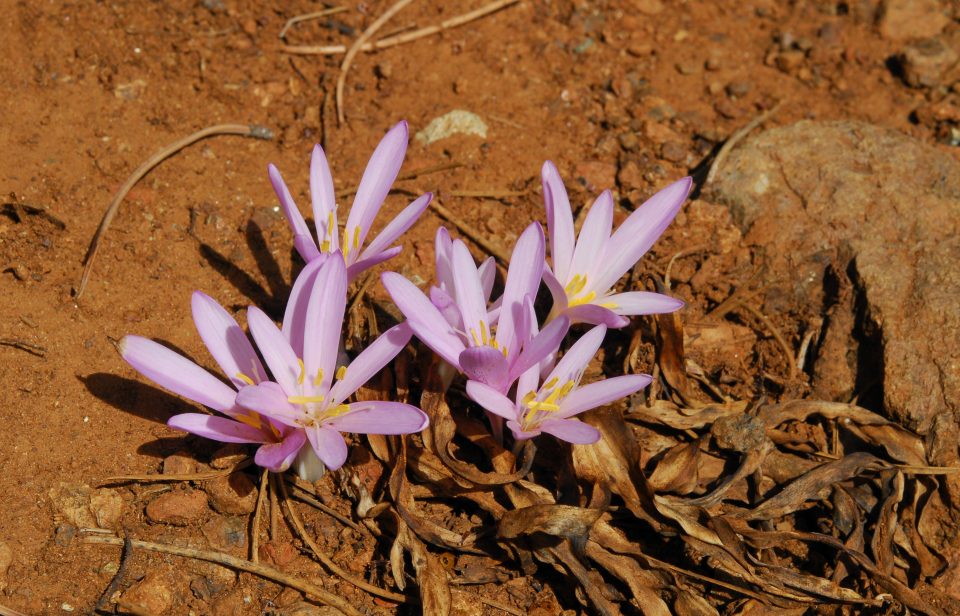 A beautiful but poisonous plant, the Colchicum troodi, will bloom from September until November in many areas of Cyprus, the agriculture ministry announced on Monday as it continues its campaign to draw people’s attention to the island’s indigenous plants.

According to the announcement, Colchicum comes from Colchis, an ancient region on the coast of the Black Sea, while troodi was added due to the fact that it was originally found in central Troodos.

“All parts of the plant, especially the seeds, are toxic because they contain colchicine, a poisonous substance which, however, in small doses has medicinal properties and acts as a laxative and diuretic,” the ministry explained.

The genus Colchicum includes about 70 species, distributed in Europe, West Asia and Africa. In Cyprus it is represented by three species, one of which is endemic.

It can be found in several areas in Cyprus, from sea levels to the top of the Troodos mountains.

Many of the plants grow in protected areas of the Natura 2000 network and in forested land.

What is a lightworker? | George Lizos