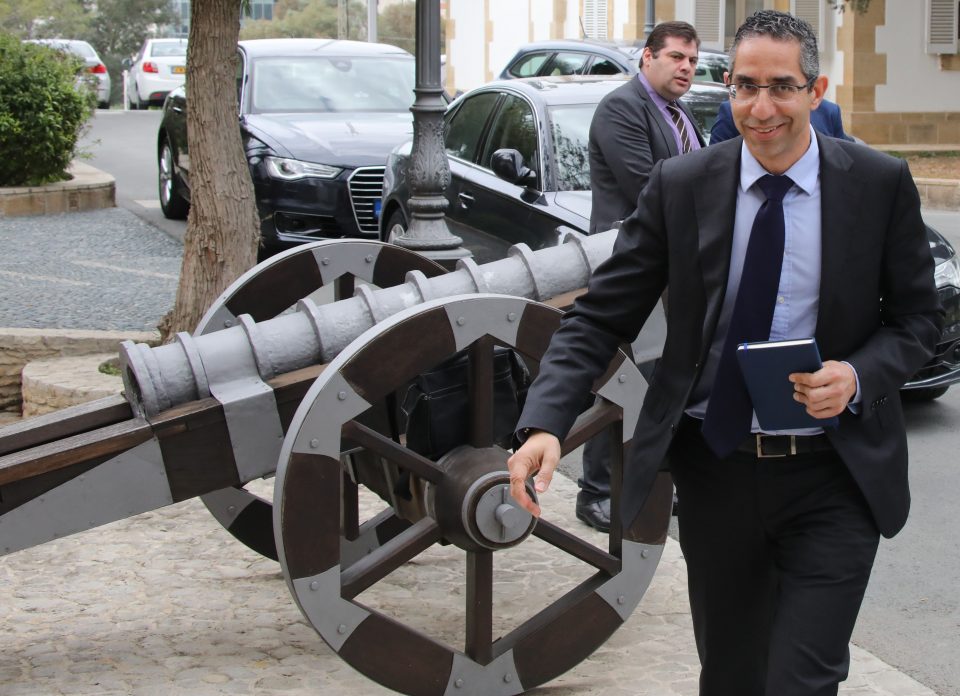 In doing so, deputy Attorney-general Savvas Angelides explained to MPs it would be inappropriate for the office to participate in committee proceedings because at the same time it is overseeing an ongoing police probe into the 2013 financial meltdown where there is inevitable overlap.

Due to the seriousness of the matter, Angelides said, it would be best for the attorney-general’s office to not attend committee sessions, so as to “avoid the slightest trace of suspicion over possible influence or nudging the police probe into a certain direction.”

However, parliament may from time to time pose questions to the attorney-general should it require guidance on purely legal matters.

“This is a matter that troubles all of society, we did not live up to expectations to deliver justice, and now the Law Office is invoking reasons of formality for why it does not wish to be here,” Syllouris said.

Evidently addressing the attorney-general’s office, he remarked: “Do not be here if you don’t want to be, go wherever you want and do your job… as for us, we shall continue with our work and, if need be, we shall bring in external legal counsel.”

For his part, Akel MP Stefanos Stefanou demanded answers from the attorney-general regarding the police investigation into the collapse of the financial system in 2013.

During Tuesday’s session of the ad hoc committee, MPs got into setting the ground rules for their own probe – such as arriving at commonly agreed-upon definitions for what constitutes a PEP, a strategic defaulter, a non-performing loan, the difference between privileged and favourable treatment of borrowers, and so forth.

The ad hoc committee was set up back in July, with an unofficial mandate to look into loan write-offs to political parties and to corporations affiliated to parties, which came to subsume the matter of PEPs with non-performing loans.

Earlier, and after much back and forth, MPs had voted to publish a list of PEPs with non-performing loans. The list was prepared by former Central Bank chief Chrystalla Georghadji and delivered to the House speaker in April 2019.

But in a twist, legislators also inserted a disclaimer, saying the final decision to publish the list rested with President Nicos Anastasiades.

Anastasiades subsequently sent the dossier back to parliament, saying it was not his responsibility to publish it.

MPs at the time had called the list unreliable and incomplete. Others suggested ulterior motives on the part of the former central bank chief.

The dig was directed at Georghadji, hinting she had acted out of malice or at the very least had done a shoddy job of preparing the data. Georghadji later dismissed this as a flimsy excuse, arguing that MPs had 17 months to ask for more details but never did.