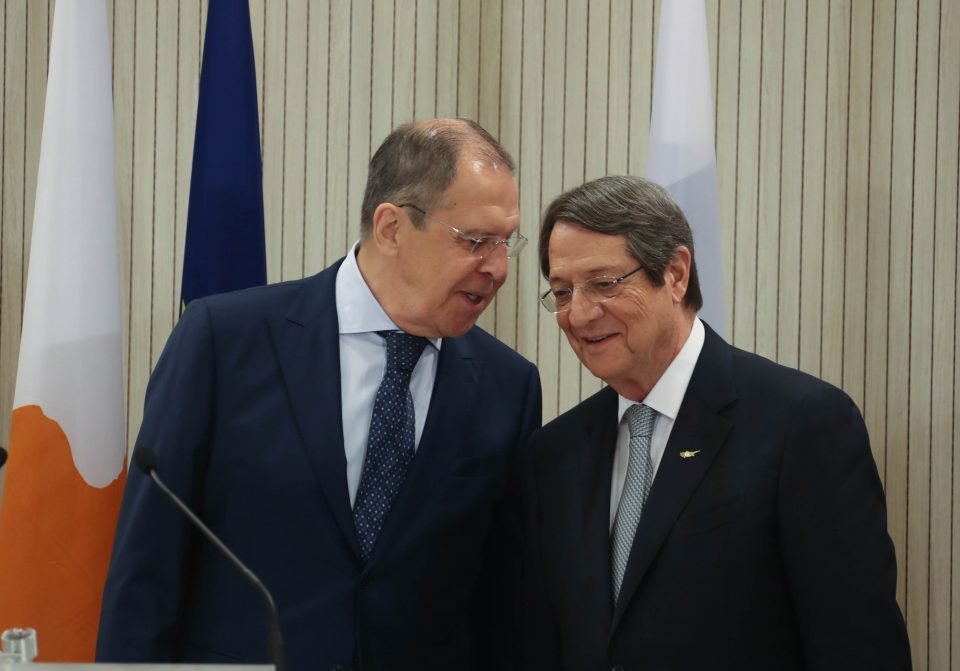 Moscow is concerned by US actions in the eastern Mediterranean, which “contribute to conflict” instead of peaceful solutions, Russian Foreign Minister Sergey Lavrov said on Tuesday.

Speaking during a meeting with President Nicos Anastasiades at the presidential palace, the Russian diplomat said his country was monitoring the situation in the eastern Mediterranean “as regards your relations with Turkey.”

“We are prepared to provide any assistance in developing a real dialogue towards mutually acceptable solutions,” he said, speaking through a translator.

However, Lavrov added, there were other matters in the region that were of concern.

He said there were outside players like the USA which tried to create lines “and to contribute to conflict instead of peaceful solutions.”

Lavrov described this as a really sad fact because other approaches were needed in the region; peaceful ways of promoting interests.

Compromise and dialogue were the only solutions that could contribute to a peaceful solution of any situation.

“We are open to the development of the dialogue with our Cypriot friends on the bilateral agenda and international matters.”

Earlier this month, the US announced it was to partially lift a 33-year arms embargo on Cyprus, which will last for one year – with the possibility of renewal.

The easing of the ban applies to non-lethal systems.

Following the announcement, US Ambassador to Cyprus Judith Garber said Russia was playing a destabilising role in the region, particularly in Syria.

Garber noted that legislation enabling the policy decision calls on the Republic of Cyprus to continue its efforts to implement strong anti-money laundering regulations and financial regulatory oversight, and to take the steps necessary to deny Russian military vessels access to ports for refuelling and servicing.  She said her country urges the Republic of Cyprus to take those steps.

Russia’s ambassador to Cyprus Stanislav Osadchiy said he was taken aback by the comment on Russia’s destabilising role.

“We believe that before criticising anyone, someone should look at himself,” he said. “We would like to remind that Russia, unlike the USA, is legally present in Syria on the invitation of the official government of Damascus and it was due to her help, that the backbone of terrorism in that country was broken and the appearance of a terrorist stronghold there, which would have endangered the whole Mediterranean region, was prevented.”

He added the US wanted to damage relations between Moscow and Nicosia by putting pressure on the latter to deny access to Russian military ships to the ports of Cyprus.

“Those who say that strengthening of cooperation with the USA in the region is not directed against anyone obviously underestimate the real aims of Washington,” Osadchiy said.