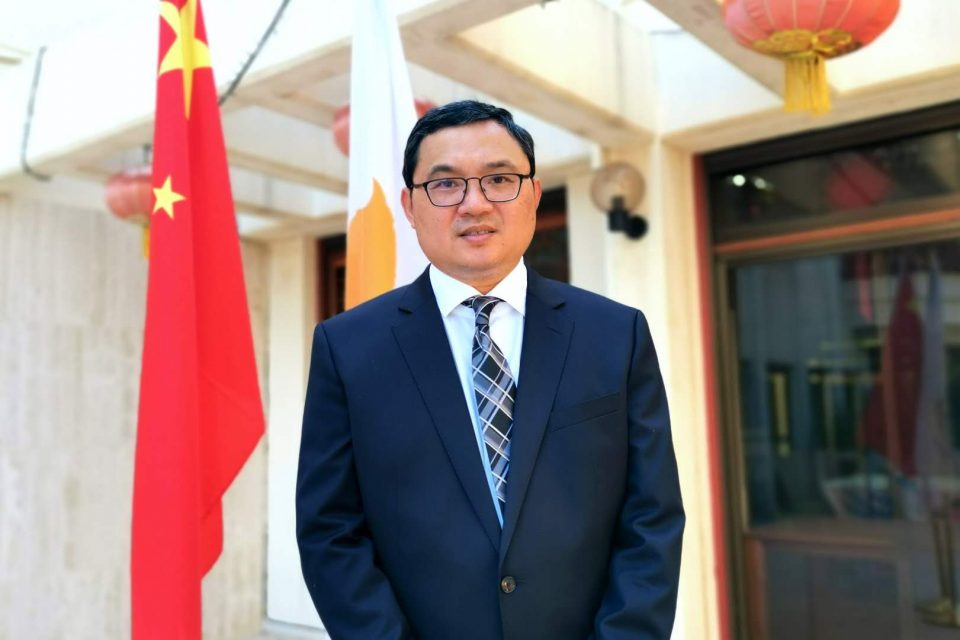 By Wang Sheng, Charge d’Affaires ad interim of the Embassy of China in Cyprus

Since the beginning of this year, US President Donald Trump has issued several presidential executive orders against Huawei, a top Chinese high-tech company, and TikTok’s parent company ByteDance, a new-generation unicorn company, in an attempt to completely cut off Huawei’s chip supply and force ByteDance to sell off TikTok’s business in the United States. The reason for issuing such orders is uncoincidentally that the two companies “posed a threat to the national security of the United States”. But is it really the case?

The United States has been investigating Huawei for many years, but no evidence of backdoor technology has been found so far. Huawei opened its Cyber Security Transparency Center in Brussels, publicised the source code of network equipment and received security testing and verification of its network equipment. For TikTok’s US business, all its middle and senior management including the CEO are Americans. TikTok has its servers in the US and data centres in the US and Singapore. Its operation team has been completely localised and its algorithm source code has been made publicly available. However, despite such openness and transparency, they still cannot get out of the eye of some forces with ulterior purpose in the United States that follow the gangster logic in pursuit of political self interest.

A recent CIA report showed that there is no evidence that China had access to TikTok’s user data or used the app to intrude into the users’ mobile phones. In sharp contrast, American conglomerate Cicso has seen more than 10 “backdoor” incidents since 2013. Apple and Facebook have also admitted publicly that they participated in PRISM by providing their users’ personal data to American intelligence agencies. The United States made accusations against Huawei and TikTok while keeping its lips sealed on Cisco, Apple and Facebook. Isn’t this the classic practice of “double standards” or an old trick of thief crying “stop thief”？

In fact, this is not the first time such tricks were played by the United States. From Alstom of France, Toshiba of Japan, to today’s Huawei and TikTok of China, the logic of the American “national security concept” could not be clearer: when the US takes the lead and has the final say, it is secure; when the US lags behind and does not have the final say, it is insecure.

The malpractice of certain US hawk politicians against specific companies such as Huawei and TikTok is essentially organised and systematic technological bullying of non-US companies that have achieved leading advantages in certain fields, with the purpose of prolonging the United States’ technological hegemony. The companies that were sanctioned had been frontrunners in their field with extensive global reach. Out of fear of the rapid growth of high-tech companies in China and other countries, the United States does not hesitate to generalise the concept of national security and abuse state power to suppress its competitors. This is contrary to the free market concept and spirit of fair play that the United States has always prided itself upon. It is also a blatant violation of international trade rules, as well as causing systematic and lethal damage to the global industrial supply and value chain.

Open cooperation and deep integration are the trend of global technological advancement and the only way to achieve domestic and global economic recovery in the post-pandemic era. Driven by the fourth industrial revolution, global technology development, including hardware and software, basic scientific research and technology application has become highly interdependent. Optimisation and upgrades achieved in technologial advancement have been the result of integration and cooperation that aimed for win-win results. Such interdependence cannot be severed by artificial behaviors. Just as Director General Francis Gurry of the World Intellectual Property Organization said, that today’s innovation landscape is highly globally interconnected…It is imperative that economies remain open in the pursuit of innovation.

The rapid development of Huawei’s 5G technology will contribute significantly to improving efficiency of network connectivity, driving fast growth of the Internet of Things and bringing substantial changes to many industries. Statistics show that in many countries including the UK, Germany and Cyprus, without Huawei’s participation, 5G construction will take much longer and could be far more expensive, the cost of which will eventually be borne by the local customers.

TikTok, as a popular internet application with 2 billion downloads and 800 million active users worldwide, is a mobile platform for users of all ages from all over the world to share passion and showcase talent. It is a global online interactive social community beyond borders. TikTok users in many countries are gravely concerned that their favourite social platform will no longer be accessible due to US suppression of TikTok.

By allowing the United States to wield the big stick of sanctions on Huawei and TikTok and put its self-interest completely above free and equal trade, the two companies are not the only ones that will suffer. This kind of US technological bullying will only threaten global interests and inflict severe and far-reaching damage on global technological progress and economic development. Championing “America First” policy by depriving other countries of the right to development and by forcing the world to pay for what America wants and does is indeed low and dangerous, and it is in no way going to make America great again. Any country and anyone with a conscience should vigorously oppose and prevent this from happening, so as to save themselves from becoming the next imaginary enemy and victim of US interests.

US sanctions and suppression cannot intimidate and dominate the Chinese companies, nor will it halt the steps of global technological integration and advancement. Huawei is trying its best to overcome difficulties and come up with alternative solutions to continue to provide state-of-the-art products and services to its customers around the world. TikTok has resorted to legal means to protect its legitimate rights and say no to US technology bullying. History has repeatedly proven that blocking others and decoupling with the world will only lead to isolation and backwardness. Whoever digs a pit will fall into it.

The Pope in theatres this September