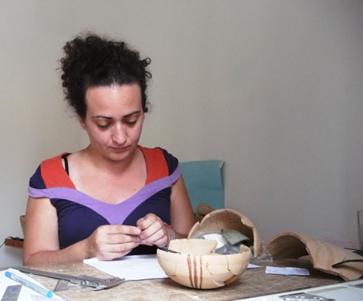 A University of Cyprus researcher has been awarded a €1.25m grant from the European Research Council (ERC), to study trade routes in the Mediterranean during the late Bronze – early Iron Age.

Dr Artemis Georgiou submitted her ComPas proposal, hosted by the University of Cyprus, to the ERC’s Starting Grant. Financing comes through Horizons 2000.

Georgiou’s proposal aims to explore sea trade routes and contacts among people in the eastern Mediterranean during the second and first millennium BC.

Georgiou and her team will study amphorae from the Syro-Palestinian coast, Egypt and the Aegean that were imported to Cyprus in antiquity. The research project, which has time framework of five years, will look at where the amphorae came from, what they contained, how they were made and the role of the inscription on them.

“The inter-disciplinary research gives us the opportunity to find out more amount the trade contacts of ancient Cypriots with the peoples of Syro-Palestine, Egypt and the Aegean,” she said.

The ultimate aim of the programme is to shed light on the complex nature of trade in the Mediterranean in the second and first millennia BC and the central role played by Cyprus in the network of contacts, she added.

The proposal was selected from among 3272 applications that were submitted in 2020. A total of 436 scientists were awarded grants.