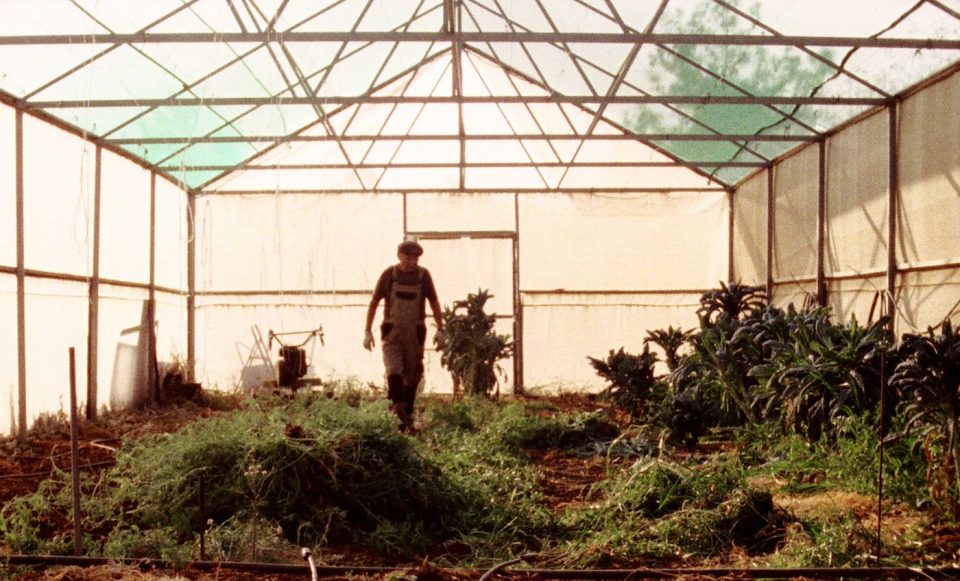 The 15th Lemesos International Documentary Festival, which will take place from Wednesday to the following Wednesday at Lanitis Carob Mill has a programme of exceptional international and local creative documentaries. Through the 18 premieres, the festival showcases unexplored aspects of our world, while the human condition and its social, natural and political environment remains at the core of the programme of screenings.

Academy Award Nominee Honeyland, from North Macedonia, directed by Tamara Kotevska and Ljubomir Stefanov which won the Grand Jury Prize at the Sundance Film Festival after being nominated at the Academy Awards for Best Documentary and Best Foreign Film, explores the balance between men and bees. The last female bee-hunter in Europe must save the bees and return the natural balance to Honeyland, when a family of nomadic beekeepers invade her land and threaten her livelihood.

For Sama, a documentary by Waad Al-Kateab and Edward Watts, is a love letter from a mother to her daughter; an intimate and epic journey into the female experience of war. It tells the story of Waad over five years in Aleppo, as she falls in love, gets married and gives birth to Sama, while the world around her collapses. The film was an Academy Award Nominee for Best Documentary while it won the Golden Eye Award at the Cannes Film Festival, and the Special Jury Prize at Hot Docs.

Closer to home, I,Tony by Argyro Nicolaou and Margaux Fitoussi follows Tony Moussoulides, once a sought-after fashion photographer in Swinging Sixties London, who is now 85-years-old and back home in Cyprus, where he dreams of creating a Hollywood-style movie based on his career. In parallel, The Island Club presents the exhibition 13 Photos by Tony Moussoulides. 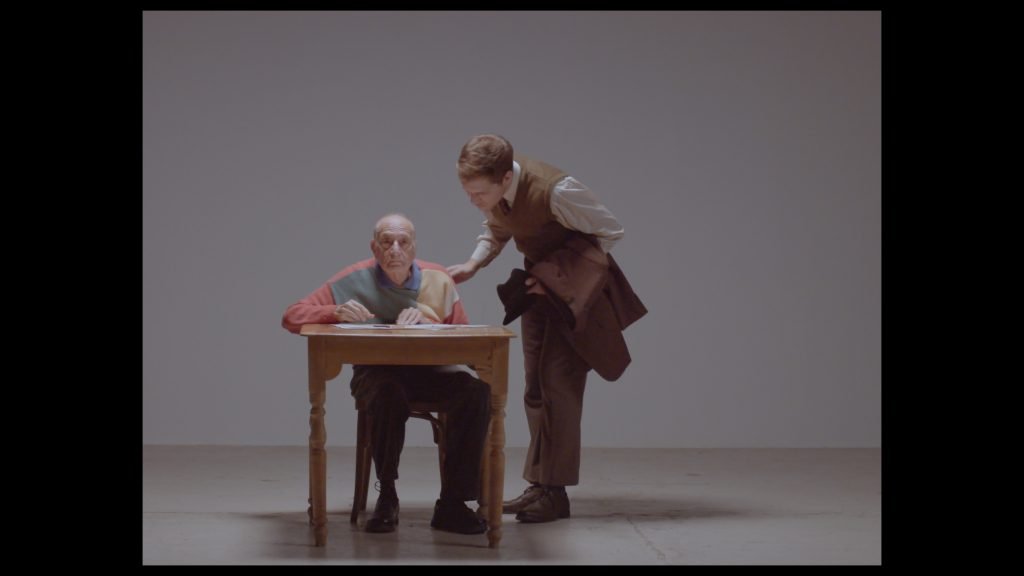 And I Wish you a Happy Life, by Alexandros Pissourios is a contemplative documentary about the separation of his parents at an advanced age. Shot on Super16mm, the film is orchestrated through daily labour in the serene landscape of rural Nikitari, and organised around the father’s re-reading of his break-up letter. Tracing the life of activist Costis Achniotis, the film Τοngue by Andreas Anastasiades and Panayiotis Achniotis develops within the history of the Cypriot radical Left and the bi-communal movement for reunification, while exploring the ethnic clash and division in Cyprus.

Olga’s Garden, a short documentary by visual artist Maria Loizidou and film director Danae Stylianou, is an audio-visual statement on the impact of high rises on the lives of citizens who live in between the construction sites, and their effect on their private and shared space.

From world-renowned filmmaker Hubert Sauper comes Epicentro, an immersive and metaphorical portrait of post-colonial, ‘utopian’ Cuba. Sauper explores a century of interventionism and myth-making together with the extraordinary people of Havana – particularly its children, who he calls ‘young prophets’ – to interrogate time, imperialism and cinema (as propaganda) itself.

The renowned Chilean director Patricio Guzmán shoots the immense mountain spine of Cordillera to explore its powerful revelations of Chile’s past and present history, in Τhe Cordillera of Dreams.

Based on the best-selling book by Naoki Higashida, The Reason I Jump, directed by multi-award-winning British filmmaker Jerry Rothwell, is an immersive cinematic exploration of neurodiversity through the experiences of nonspeaking autistic people from around the world. The film blends Higashida’s revelatory insights into autism, written when he was just 13, with intimate portraits of five remarkable young people.

Art has also proved the springboard for films being shown. Rockfield: The Studio on the Farm by Hannah Berryman is the unlikely tale of how two Welsh farming brothers turned their dairy farm into one of the most successful recording studios of all time, producing four decades of legendary rock music.

To cope with the daily trauma of living in a war-zone, single mum Anna and her four children make a film together about their life in the most surreal surroundings. In the film The Earth Is Blue as an Orange, by Iryna Tsilyk, they attempt to visually represent war through fiction and trauma through art. 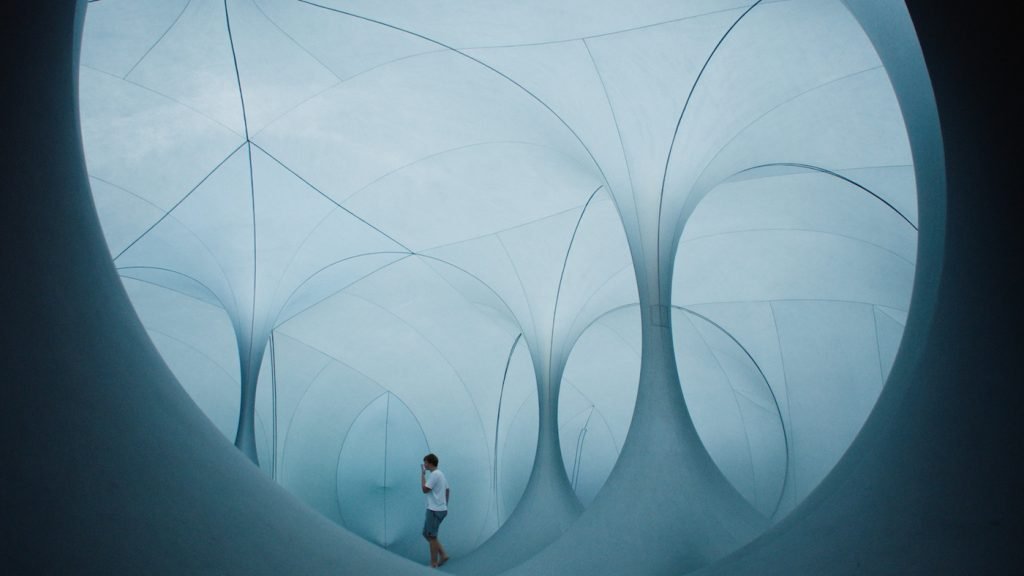 My Rembrandt by Oeke Hoogendijk provides fascinating insight into what makes the work of the Dutch master technically so extraordinary, and why different people are so deeply affected by his oeuvre, or a specific work. The Self Portrait, by Espen Wallin, Margreth Olin and Katja Høgseth, is a portrait of an artist and a portrait of a deadly disease, severe anorexia.

In In a Whisper, 15 years after they fled the malaise and censorship of their homeland Cuba, where they were taught the art of film, Heidi Hassan and Patricia Pérez Fernández seek a way to approach each other again, choosing the medium that suits them best: video letters.

Elsewhere, through a unique anthropological and ethnoghraphic approach Acasa, My Home, by Romanian director Radu Ciorniciuc records the reality of a marginalised Roma family, who lived in the Bucharest’s Delta, an immense green space in which wildlife has become a rare urban ecosystem. Bloody Nose, Empty Pockets directed by Bill Ross IV and Turner Ross surveys the bar-going life in Las Vegas with a remarkably sober eye.

Welcome to Chechnya by David France shadows a group of brave activists risking their lives to confront the ongoing anti-LGBTQ campaign in the Russian republic of Chechnya. Meanwhile, Caught in the Net, by Barbora Chalupová and Vít Klusák is an eye-opening experiment revealing how this modern form of child abuse became an extremely spread out and common threat.