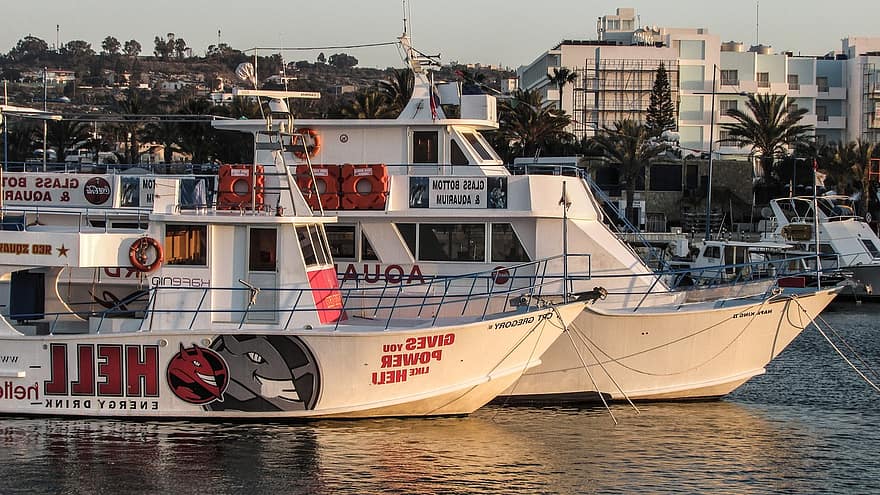 Cyprus and Israel aim to cooperate for the promotion of the Eastern Mediterranean as a top cruise destination, despite the temporary lack of progress due to the COVID19 pandemic.

This was reaffirmed during Thursday`s visit of Israeli Ambassador to Cyprus Shmuel (Sammy) Revel at the port of Limassol, with the President of the Limassol Tourism Development and Promotion Company Tony Antoniou and officials of the DP World Limassol.

The Israeli Ambassador recalled that last year, the two countries agreed to work together to jointly promote the Eastern Mediterranean as a top cruise destination.

He said that although the pandemic temporarily overturned those plans, the efforts can  bear fruit in the near future.

In his statements, the Ambassador of Israel referred to the mutual benefits that the close cooperation between Cyprus and Israel can yield, saying that joint initiatives and synergies can open up great prospects.

Tony Antoniou, Chairman of the Limassol Tourism Board, emphasised the importance of Cyprus-Israel cooperation in the cruise sector and the mutual benefits from joint promotion of the region.

DP World Limassol’s CEO, Nawaf Abdulla, pointed out that “Establishing the Limassol port as a major cruise hub in the Eastern Mediterranean continues to be one of our major objectives”, adding that “even though the cruise industry was severely affected by the pandemic, we are optimistic that by connecting Limassol with other ports and boosting our cooperation with important neighboring countries like Israel, we can help establish a thriving cruise industry, which will create multiple benefits for the local economy”.

Revel had the opportunity to visit the new passenger terminal and meet with CEO of DP World Limassol,  Nawaf Abdulla, with whom he exchanged views about the ways to address the challenges created due to the pandemic in the fields of tourism and cruises in the Eastern Mediterranean, according to a press release by DP World Limassol,

Tourism, he said, is a vital sector for the economies of the two countries, pointing out the importance of maintaining close relations with Cyprus, where one of the main ports of the region is located, as he said.