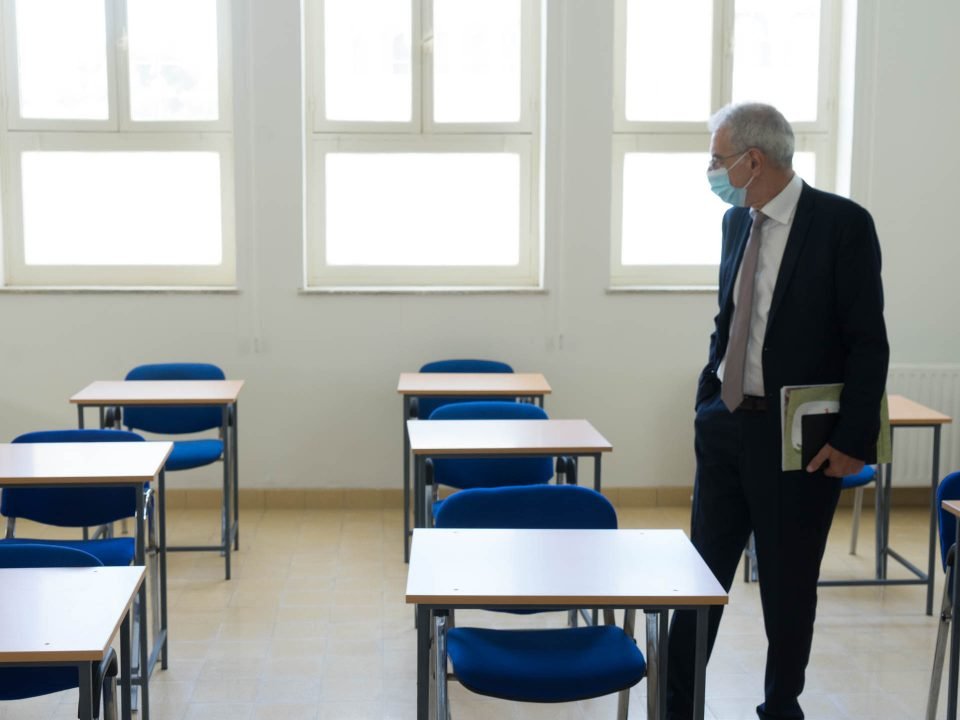 It was announced on Thursday that next week, education minister Prodromos Prodromou would meet the representatives of the confederation of primary school parents’ associations to discuss their demand for air-conditioning in all school classrooms. The association said solutions had to be found because of the high temperatures that forced the opening of public schools to be put back a week. Interestingly, the demand for ACs in classrooms had been a long-standing demand of teaching unions, which has now been embraced by the parents’ associations.

On the same day, the confederation of nursery school parents’ associations, issued an announcement, jointly with the teaching union Poed, demanding changes to the health protocols for public and community nurseries and kindergartens, otherwise they would consider “possible, joint ways of reaction.” The ministry’s health protocol was impracticable, they claimed while they demanded a smaller number of kids in each class as well a helper in every class. They also want more desks, tables and covered outdoor areas.

A couple of days earlier, on Tuesday, the group known as the ‘organised patients,’ which supposedly represents the users of the national health scheme Gesy, met the minister of health and top management of Okypy, the organisation that runs state hospitals, to air their complaints about healthcare. These mostly related to lousy service provided by public hospitals at which phone calls were not answered and there were big delays for appointments.

These three cases, apart from being examples of stakeholder power, have another thing in common. They relate to free services provided by the state. Admittedly workers and employers contribute directly to Gesy every month, but they are entitled to free healthcare, which they take full advantage of. If the reports about the abuses of the system are anything to go by, many patients are getting much more health care than they and their employer are paying for every month, threatening the viability of the system. Yet because, as a union-dominated society, we have a strong demand culture, the patients that are clogging up the system are demanding a better service.

There is no sense of measure in this culture, in which demands are unlimited, as the confederations of primary and pre-primary parents have been allowed to think. ACs in all classrooms, more desks, more covered areas, more class helpers – where does this end. These are parents who pay nothing for their children to receive free, pre-primary and primary education, but it does not cross their mind that perhaps the state cannot afford to satisfy all their demands, nor does it have any moral or political obligation to do so. It provides the education and healthcare it can afford. The politicians must start making this point to so-called stakeholders, very forcefully, instead of pandering to them and encouraging this appalling sense of entitlement.