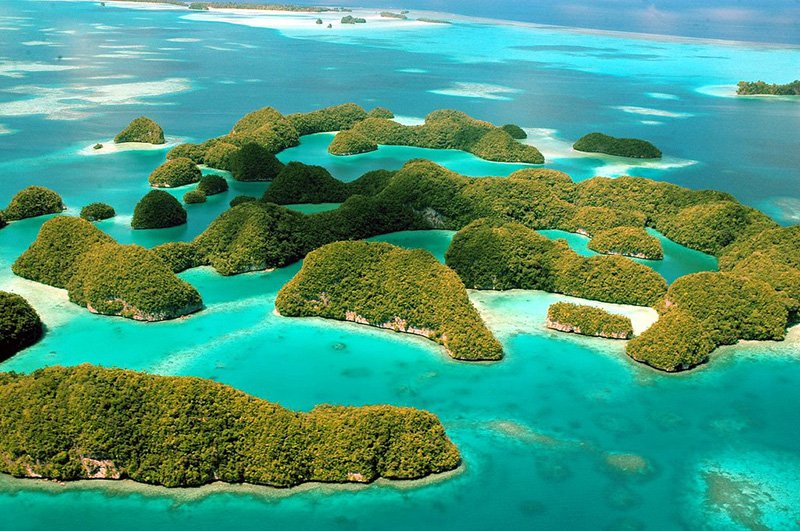 Palau is a tropical paradise: an archipelago of 340 islands over an area of 466 square kilometres. Over the years, its belonged to the Spanish, the Germans, and the States before the islands gained independence in 1994, and became a presidential republic in free association with the United States.

Today, the archipelago is a delightful mix of cultures and elements, among them Micronesian, Melanesian, Asian, Western, Japanese and Austronesian. The roughly 17,000 residents speak mainly Palauan and English, and the economy relies on tourism of the tropical type: scuba diving and snorkelling are a big draw (reefs and wrecks abound), and the nation works hard to conserve its natural beauty. It’s even created a shark sanctuary: banning all commercial shark fishing within its exclusive economic zone, a protected area roughly the size of France! 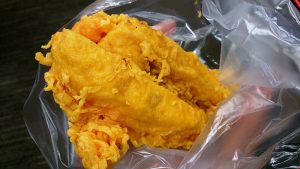 While shark is off the menu, other marine creatures are not quite as lucky. Palau is big on its seafood, with crab, shrimp and fish (most usually ‘Palauan style’: whole fish seasoned with garlic, ginger, soy sauce, sesame oil and lime leaves, steamed in banana leaves) on every menu. But possibly the most popular local seafood is ulkoy. Crunchy, deep fried fritters, these are made with deep-fried Palauan shrimp and squash fritters: a national favourite and a delicious treat for tourists, ulkoy is usually flavoured with a zesty Creole seasoning of salt, cayenne pepper and freshly chopped parsley leaves.

It’s not all marine-based cuisine, however. Lunch might very well consist of tinola (savoury chicken soup with papaya and ginger) or fruit bat soup (don’t ask) – as long as there’s a dessert to follow! Palauans are a sweet-toothed lot, and puddings loom large on the menu. Pichi-pichi is pretty popular (a traditional Filipino dessert made with freshly grated cassava, steamed and then topped with freshly grated coconut) and the halo-halo is hailed as the ultimate dessert drink: a milky concoction served over shredded ice, which contains yams, plantains, coconut, jackfruit, and ice cream.