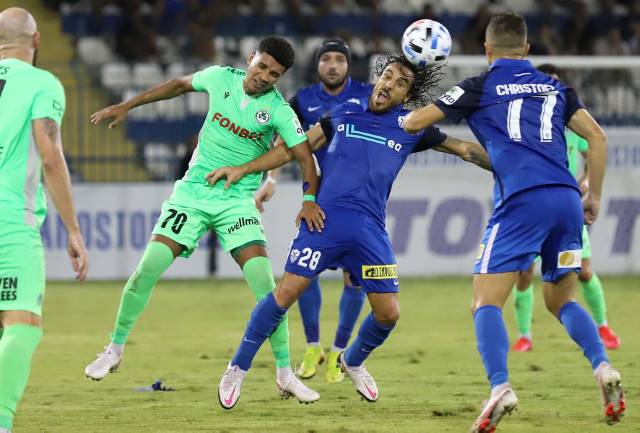 Last season’s top two teams Anorthosis and Omonia had to settle for a point each as they they drew 1-1 at the Antonis Papadoupoulos stadium with the visiting team Omonia having the better of the first half while Anorthosis were the better team in the second.

Omonia took an early lead through Jaly Sene on his debut stabbing the ball into the net after a series of comical errors by the Anorthosis defence.

The visitors were in command and were rarely troubled by Anorthosis and seemed that they would be going into the break with an advnatage but the home side were awarded a (very) soft penalty. Okriasvili stepped up and scored his third penalty of the season to bring the game level.

Omonia had a great opportunity to regain the lead early in the second half through Tiago but his shot was deflected wide for a corner.

With both sides cancelling each other out we had to wait till the last 10 minutes of the game when Anorthosis pressed foward in search of the winner and went close on three occasions through Margaca, Kaltsias and finally through Christophi who somehow managed to miss with the goal gaping in the second minute of added time.

Klopp hails his champions and Leeds for ‘proper spectacle’