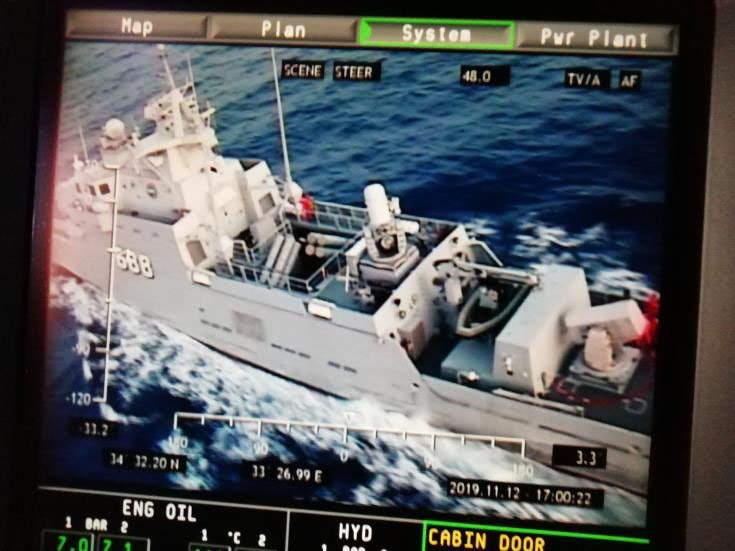 The Cypriot National Guard is participating in a joint exercise with the US navy special forces from Saturday until September 20.

The announcement was made ahead of a visit later on Saturday by US secretary of State Mike Pompeo who will be in Nicosia in the evening.

The defence ministry announced that the exercises come under bilateral relations between Cyprus and the US and concern, in particular, cooperation on logistics and navigation issues.

Pompeo will meet President Nicos Anastasiades and Foreign Minister Nicos Christodoulides Saturday night. The agenda of the talks will include Turkish provocations in the Eastern Mediterranean, the enhancement of Cyprus-US relations and the Cyprus problem. Nicosia describes the visit as significant, taking into account broader ongoing developments in the Eastern Mediterranean.

Pompeo will come to Cyprus after his visit to Doha. In statements to the media aboard his plane on his way to Qatar, Pompeo said that he would be visiting Cyprus to seek a peaceful solution to mounting Mediterranean tensions, and called on Turkey to pull back its forces.

The dispute “has to be resolved in a way that`s diplomatic and peaceful,” Pompeo told reporters. “So, I’ll be working on that project as well, trying to make sure that I understand the risks that are associated from the people of Cyprus’ perspective,” he said.

Anastasiades and Pompeo are expected to make statements to the media after their talks.

Pompeo was initially scheduled to visit Cyprus in January in the context of a wider tour in the region, but his visit was postponed due to the crisis with Iran following the attack against the US embassy in Baghdad.

Nicosia was informed of Pompeo’s intention to visit the island on Thursday night during a phone conversation between Christodoulides and US Deputy Assistant Secretary, Bureau of European and Eurasian Affairs, Phillip Reeker. Christodoulides responded expressing Cyprus’s readiness to host the US foreign policy chief.

US Ambassador to Greece, Geoffrey Pyatt has said Pompeo’s visit was very important at this moment in time.

“[W]e’ve got some high politics and diplomacy which is going to play out in the next few days as Secretary Pompeo makes a very important visit to Cyprus, and I think he is going to be very clear at that point about the United States’ commitment to continued leadership, continued engagement, working with our European allies, and emphasising the need to bring differences back to the diplomatic table and eliminate the situation which exists today, where there’s a real risk of accidental military escalation,” Pyatt said.

“I’m going to remain optimistic that we’re going to be able to transform these energy issues, even in the Eastern Mediterranean, to being a driver of cooperation rather than conflict”, Pyatt concluded.

Face masks made of hemp are recyclable