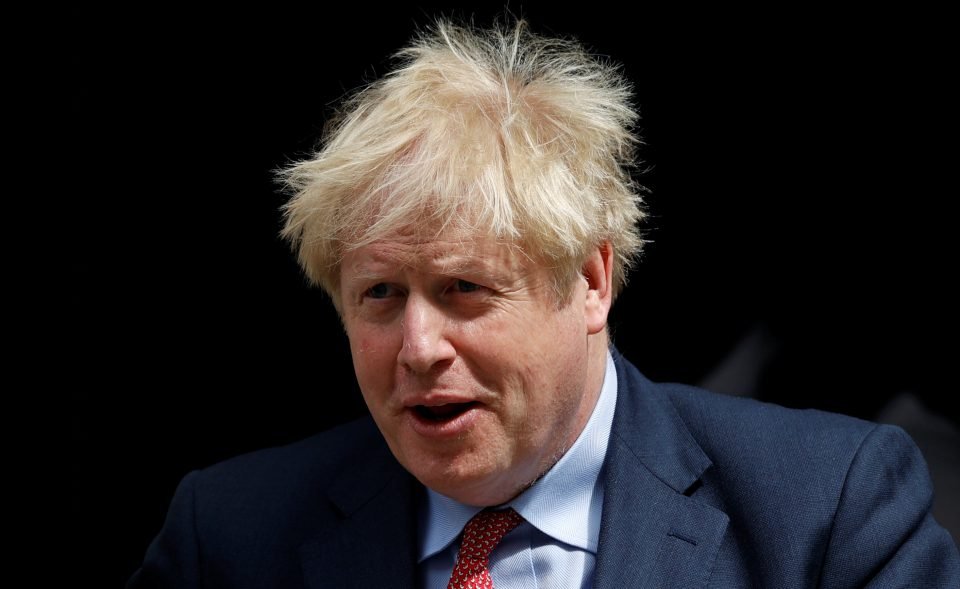 According to the EU-UK withdrawal agreement and the Vienna Convention on treaties pacta sunt servanda: treaties are binding on the parties and must be performed in good faith. No country is obliged to consent to a treaty but if she does, she is bound by its terms.

The corollary to that is that if a country believes it is not in her national interest she must not become a party in bad faith intending to change it before the ink is dry; so the idea that there are treaties to which states are obliged to become parties is nonsense on stilts.

What the UK government has done in the proposed law that most experts believe is in breach of international law is to reserve for itself and the UK courts the interpretation and application of EU law concerning state aid. And it gave power to the relevant government minister to gainsay EU law on state aid, presumably to forestall the Court of Justice or the EU expanding the law limiting state aid beyond what the British were prepared to accept were its limits when they signed the protocol.

However, both the proposed UK law and the regulations made under it will be subject to affirmative resolution by parliament. They will first have to pass muster by the UK parliament’s scrutiny committee set up to oversee the implementation of the EU-UK withdrawal agreement before being sent for approval by both Houses of Parliament.

So those who jumped to the conclusion that Britain cannot be trusted because she has broken international law protest too much too early.

It is true that the Boris Johnson government is probably the worst administration since the time of the rotten boroughs when the Duke of Wellington was prime minister. Like Wellington, Johnson defeated a Napoleonic vision of Europe, but like Wellington he is also one of the worst prime ministers the UK has ever known. His handling of the coronavirus has shown him up to be grossly incompetent – only good at mouthing inanities in a silly accent completely out of place in a pandemic crisis.

Britain, however, is not the British government. She is her system of government and Britain’s governance as a system is a lot more conducive to compliance with international law than the EU’s.

Britain passed the point of no return when she left the EU at the end of January 2020. There is no going back. A few loose ends remain during the transition period, but this is a mopping up operation after the final battle was fought and won by Brexit Britain. As the broadcaster David Dimbleby put it on the night of the referendum result: we are out!

The other day a Tory grandee likened Britain’s departure from the EU to a colony gaining independence from a colonial power, which he said dead pan without a sense of irony. The point he was making was that independence agreements contained in international treaties should be given a wide margin of appreciation in light of their object and purpose, which is to disengage from colonial rule completely.

Although it was a bit rich coming from a Tory politician to portray Britain as a colony of Europe, the analogy was as amusing as it was true. The EU is a legal construct: it is its legal order – the acquis communautaire. So when Britain withdrew from the EU the presumption is that the reach of the acquis would diminish to zero. So to the extent that some EU laws had to be retained to accommodate the Irish, the issue of the enterprise was that it would be for the British government and the British courts to decide the interpretation of EU law and its limits.

I do not myself believe that an inchoate provision in a bill giving a UK minister power to make regulations that interpret an article in the Northern Ireland protocol as the UK government understands its purport to be is capable of being a breach of international law.

Last but not least was the incorporation of the European Convention of Human Rights into the domestic law of Northern Ireland, which was particularly welcome by the Catholic community.

However, I cannot see how the power to make regulations given to a UK government minister to decide state aid according to his understanding of the meaning and effect of EU law as it stood when the Northern Ireland protocol was signed undermines the Good Friday accords.

In any case the bill and any regulations made under it will be subject to rigorous and anxious scrutiny by both Houses of Parliament whose job it is to ensure laws are not in breach of international law.

If the EU, Ireland and Sinn Fein really believe that the bill undermines the Good Friday Agreement they can instruct their members of the UK parliament to stop skiving and attend parliament and make their case instead of leaving it to the American Congress Speaker Nancy Pelosi. I am not at all sure she read article 10 of the protocol and cross referred it to at least four articles of the Treaty on the Functioning of the EU, as well as the Good Friday Agreement and the UK Internal Market Bill.

32 new coronavirus cases in the north

Search on for bodies in charred path of wildfires, Trump to visit California