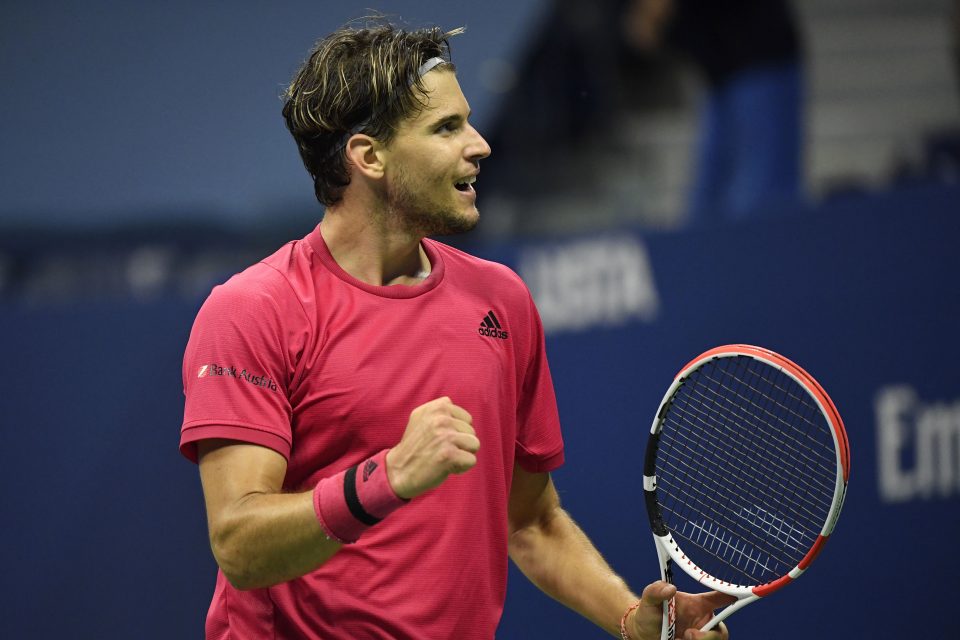 Austria’s Dominic Thiem hopes fourth time’s the charm after seizing on yet another chance to win his first-ever Grand Slam title, this time at Flushing Meadows.
The 27-year-old, who has reached a Grand Slam final three times – only to lose on each occasion – faces German Alexander Zverev in the US Open men’s championship match on Sunday, well aware of the heartbreak that could be in store should he once again be denied.

“It’s the biggest goal and also the biggest dream I have in my tennis career since a few years,” the world number three told reporters when asked what it would mean to hoist a trophy at the US Open.

“Since the moment I realised that maybe one day I can make it, and especially since I played the first finals of the French Open (in 2018). This was the biggest goal I want to achieve.”
Thiem lost to Rafa Nadal at Roland-Garros in 2018 and 2019.

But his greatest disappointment came at the hands of world number one Novak Djokovic, who overcame Thiem’s best efforts in a four-hour-long, five-set thriller at the Australian Open this year.

“It was really tough to digest that loss in Australia as I was super close back then,” he said. “I’m happy that I gave myself pretty short time after that another chance with this win today, with the finals on Sunday.”

With Nadal and Roger Federer opting out of the tournament, and Djokovic defaulted for hitting a line judge in the throat with a ball in the fourth round, it is 23-year-old Zverev – and not one of tennis’ ‘Big Three’ – who is standing in Thiem’s way this time.

Thiem leads Zverev 7-2 in head to head, most recently defeating him in the Australian Open semi-finals earlier this year.
“I face a great, great opponent. He’s also more than capable of winning that final,” said Thiem.
“If it’s not going to happen on Sunday, well, I have to continue working and maybe get the chance at another Slam. Well, the chance is now on Sunday. I’ll try everything to make it.”

Playing Thiem at the moment is like facing some of the game’s all-time greats, Russia’s Daniil Medvedev said after the Austrian beat him on Friday.
Medvedev said Thiem’s performance was such that he felt the Austrian was playing at the same high level and consistency as Federer, Nadal and Djokovic.
The trio have between them won 56 of the last 67 Grand Slam titles since Federer won his first at Wimbledon in 2003.

“He played like a real champion,” Medvedev said of Thiem. “That’s actually the stress of the Big Three. No matter which day you play them, it seems like they play the same level.”

Medvedev acknowledged he was disappointed not to be in a second successive final at Flushing Meadows – he was beaten in five sets by Nadal last year – but said he would quickly move on from the loss as he did not feel he could have played much better.

“Tennis is all about small points. Sometimes you win these points; sometimes you lose them,” he said. “Today I lost the most important points. That’s how he got the win.”

The strange slogans of the National Guard