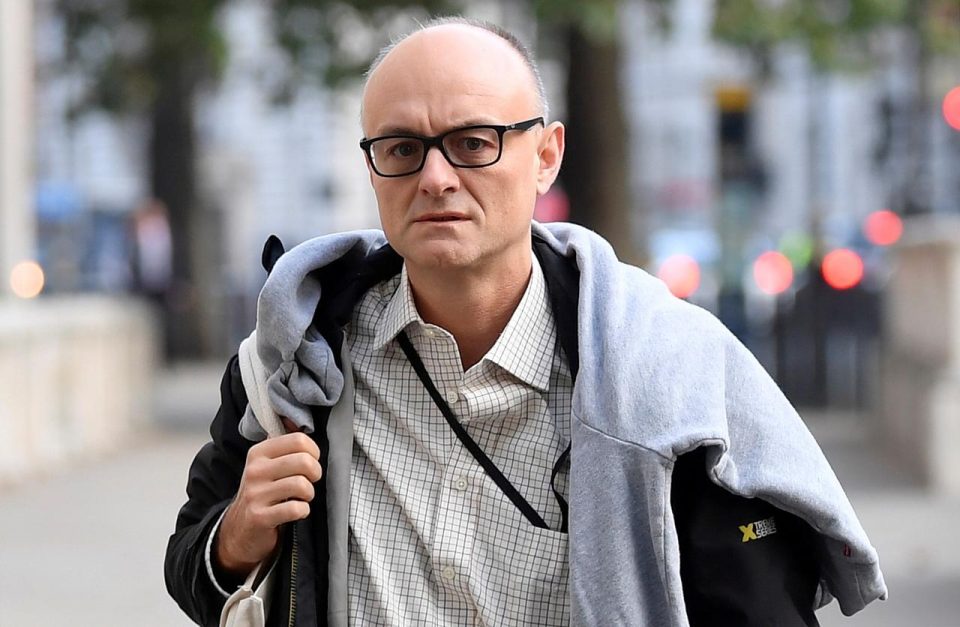 For quite some time British politics was a rather dull, boring, predictable affair. But that all ended in 2016. Enter Brexit and Dominic Cummings, although it is ambiguous as to which came first—the classic chicken or the egg situation. About a year I ago, I wrote a piece which asked whether Dominic Cummings was a master manipulator or out of his depth. In the course of the last year we have learned a lot about the man behind Brexit, his capabilities, how he wields power and how he plays the game.

I also suggested that after the prorogation of parliament and the Benn Act, the best option for Prime Minister Boris Johnson and his de facto chief-of-staff was to go for a snap election, and after some minor resistance from Jeremy Corbyn’s Labour Party, the race was on. The result was a monumental victory for the Tories, of a magnitude unseen since Margaret Thatcher’s 1987 triumph.

Johnson’s landslide victory and Corbyn’s crushing defeat, however, was ultimately not the most important aspect of the election. After all, Corbyn was perfectly capable of defeating himself after fighting a Brexit election on a platform that ignored Brexit. Last year’s European election result proved to everyone – except Corbyn apparently – that an ambiguous stance on Brexit means political catastrophe.

Therefore, Cummings sent a simple message to the British public: get Brexit done. Nonetheless, the crucial outcome of the election was the consolidation and centralisation of power by Johnson and Cummings, as they effectively kicked out of parliament every centrist and pro-EU Tory. The supermajority was just the cherry on top, and the show was on.

Within a month he took to his blog – a place where intellectual curiosity is fused with utter generality ­ and posted the best job ad ever. In a post which ran about 3,000 words he encouraged “weirdos and misfits with odd skills … some true wild cards, artists, people who never went to university and fought their way out of an appalling hell hole” to apply for jobs in No 10. Although fun, it was not really unexpected nor inconsistent with Cummings’ persona.

Then the real work began. Having cleared house in the parliament, Whitehall was next. The following month in mid-February Sajid Javid resigned. The chancellor who last August sat there as director of communications was unceremoniously marched out of Downing Street by armed police after a meeting with Cummings. He had earlier clashed with the PM’s chief adviser over the latter’s insistence on some pre-election spending, which he refused. He was obviously living on borrowed time since that moment.

His resignation came after No 10 announced that all senior advisers would now be appointed centrally, which basically meant handpicked by Cummings. It was classic Dominic Cummings; total control is his thing. Now the attention turned on actual policy-making and Dominic shifted his focus on the things he and, according to him, the British public care about: ending austerity particularly in the “left-behind” regions, the NHS and reforming the civil service.

If you stand in his way he will eviscerate you while his eye remains diligently fixated upon the future. Cummings is a long-termist and his long-term projects are science and education: an “Odyssean education” – a term he borrowed from the physicist Murray Gell-Mann. It is no coincidence that he wants to bin all those “Oxbridge English graduates who chat about Lacan at dinner parties”, in favour of mathematicians, physicists and data scientists who will turn Britain into the next Silicon Valley.

In April, The Guardian revealed that in March Dominic Cummings attended meetings of the Scientific Advisory Group for Emergencies (Sage) and while the chief medical advisers of the devolved administrations of Scotland, Wales and Northern Ireland had to submit any questions they had in advance, the same did not hold for the PM’s chief adviser. It was also argued that he compromised the integrity of Sage which is supposed to deliver independent and apolitical advice to the government. But Cummings does not play by the rules, he is a habitual rule-breaker who has made a career out of crossing lines. Then the bomb was dropped.

A joint investigation by The Guardian and The Daily Mirror revealed that Cummings along with his family, and while his wife had coronavirus symptoms, broke government guidelines – the guidelines that he helped draft – to travel from London to Durham. It was subsequently discovered that he also moved around once in Durham – infamously to Barnard castle – to test his eyesight after recovering from a high fever himself.

The man who can read the mood of the public like no one else found himself in the eye of the storm. The opposition was fuming, the public was outraged, even a big chunk of the Conservative party called for his head. Johnson refused to even discuss the possibility, while Cummings was obviously never going to resign, but the mounting pressure forced him to call a press conference that took place at the rose garden of No 10 to which he was fashionably 30 minutes late.

He never apologised for his lockdown tour and insisted that he did “the right thing”. The unlikely champion of the downtrodden was thus indirectly slamming all those single parents and vulnerable members of society who actually listened to the government – those same people that he supposedly speaks for. Johnson also proved conclusively that his top aide is the most indispensable person in his administration without whom he is lost because he lacks the vision, the strategic thinking and the creativity of his chief adviser.

Dominic Cummings’ political thought is a blend of high-end populism and selective technocracy. On one side, he manages to connect with the public through his antipathy of austerity and love of the NHS and, on the other, he seeks to radically transform the Whitehall machine and turn Britain into a tech utopia. Even though we roughly know Cummings’ main political interests, the future remains unclear, albeit fascinating, with him in the driver’s seat. What we know for sure is that the intellectual-cum-strategist with the supermajority in the House and the PM firmly behind him has the power to shape Britain to his liking.