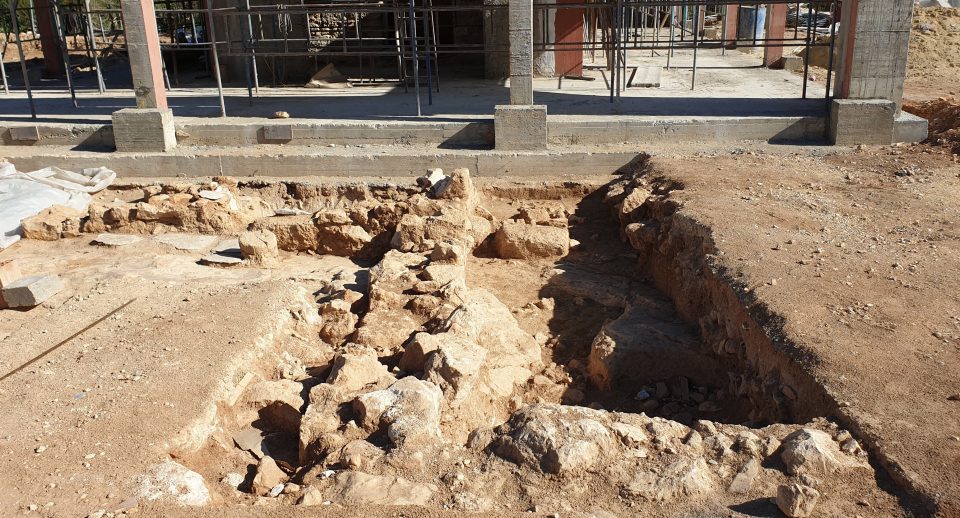 Antiquities dating back to the time of Nicocreon, king of Salamis in Cyprus, at the time of Alexander the Great and Heraclius, the Byzantine emperor from 610 to 641 AD, have been found during the renovation of the church of Panagia Panagiotissa in Protaras.

The remains of Father Zacharias, who was beheaded by the Ottomans in the 17th century, were also found at the site.

“The church was in urgent need of renovation since it was built on the foundation of an old church,” said the Bishop Vassilios of Famagusta on Monday.

“That is why we found the antiquities dating back to Nicocreon and Heraclius, as well as Father Zaharias’ remains.”

He explained that Father Zacharias’ remains was actually found outside the church, under a window, with his head placed on his knees.

“That confirmed the fact that the body actually belongs to Father Zacharias,” he said.

But to properly confirm the identity of the body, the remains were given to the commissioner for the Presidency for Humanitarian Affairs Fotis Fotiou to pass on to the Institute of Genetics and Neurology for DNA tests.

In-depth testing carried out by the lab placed the body at the beginning of the 17th century, when Father Zacharias was killed and beheaded by the Ottomans.

Asked about the significance of finding his remains, Bishop Vassilios said that “the discovery carries an enormous significance for the Church of Cyprus and for all Cypriot people, as it is a proof of martyrdom during the Ottoman occupation at that time.”

The mayor of Paralimni Theodoros Pyrillis described the findings as historically noteworthy, as they prove the area was central to Christianity since ancient times up until the Middle Ages.

“We are also planning to open a museum and an art gallery where the town hall is located in Paralimni, which we hope to be open by within the end of 2021,” Pyrillis said.

“The antiquities and remains found at the church of Panagia Panagiotissa further confirms the importance of Paralimni and of the entire eastern sea front of Cyprus in the past, which was buzzing with life thanks to the commercial and maritime activities of the area.”