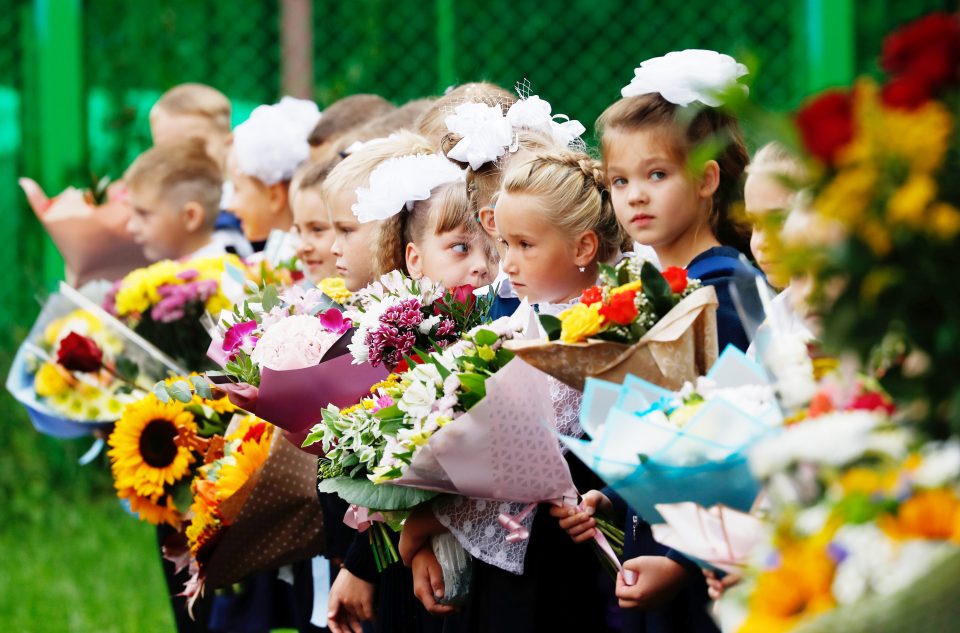 First graders attend a ceremony marking the start of the new school year, as schools reopen after the summer break and the lockdown due to the outbreak of the coronavirus disease, in Moscow, Russia

The number of excess deaths in Russia between May and July was more than three times higher than the official coronavirus toll, recent government data show, a discrepancy some experts say raises questions about the accuracy of Moscow’s counting.

While Russia has confirmed the world’s fourth largest tally of coronavirus cases, it has a relatively low death toll from the associated disease, COVID-19.

Moscow says the way it classifies deaths is more accurate than other nations. Some Russian health officials have explained that in many cases, a patient who dies with COVID-19 does not necessarily die of it but from other causes including pre-existing health problems.

But data released by the Rosstat State Statistics Service on Sept. 4 show there were 57,800 excess deaths between May and July, the peak of the outbreak.

The figure was calculated by comparing fatalities over those three months in 2020 with the average number of May-July deaths between 2015 and 2019. The excess total is more than three times greater than the official May-July COVID-19 death toll of 15,955.

Alexei Raksha, a demographer who worked for Rosstat until this summer, said the jump in Russian deaths illustrated the real toll from COVID-19, and that authorities had reported only some of the deaths publicly.

“In fact, the fatality rate in Russia differs only a little from other countries,” said Raksha.

The Kremlin did not respond to a request for comment on why excess deaths outnumbered those attributed to COVID-19 and whether the government was playing down the real death toll.

Russia‘s coronavirus crisis centre said it only reports daily confirmed deaths from coronavirus and referred Reuters to revised data from Rosstat, which showed COVID-19 may have caused several thousand more fatalities than initially reported because in some cases the cause of death had not been established.

But it added: “We repeatedly found a lower fatality rate from the novel coronavirus in Russia than in the world, which was at 2.8%, including in the May-July period,” it said.

Excess deaths, which some epidemiologists say are the best way to measure the true toll from COVID-19 given that counting methods vary between countries, surpass official COVID-19 deaths in many countries.

In Russia, they surpass the number of COVID-19 deaths by a factor of 3.6 for the months in question. Raksha and some opposition figures have criticised Putin for downplaying the pandemic.

In absolute terms, the figure of nearly 60,000 excess deaths from May to July is comparable with the United Kingdom, Europe’s worst-hit country. Russia‘s population of 145 million is, however, more than twice that of the UK.

If total Russian deaths from COVID-19 were close to 60,000, it would make it the fifth largest national total globally, from 12th currently, according to Reuters data.

Some medics say the coronavirus pandemic has led to an increase in deaths from other causes, because people were too scared to go to hospital with unrelated health issues or they were turned away by wards overwhelmed with COVID-19 patients.

Mortality figures in some European countries returned towards normal levels in June, but excess deaths in Russia rose from June to July.

Economist Nikolai Kulbaka of the state-funded Russian Presidential Academy of National Economy and Public Administration said the coronavirus initially spread more slowly because of the low level of movement within the country.

“There are regions where the coronavirus will come much later. This won’t be over soon,” he said.

At the beginning of the crisis, Russia introduced new fines and jail terms for anyone who spread information seen as false, which state media says was a measure against fake news about the pandemic.

Raksha, who worked for Russia‘s state statistics service, said he came under pressure from his former employer’s security department after he publicly challenged the official coronavirus statistics. He said he was forced to leave his job in July.

“I was threatened with a criminal case,” he said.

Rosstat said Raksha left his job of his own accord. Reuters was unable to independently confirm the circumstances of his departure.

“Rosstat believes that … expression of views of its employees in the press is an advantage for the organization because it allows (us) to show the potential of state statistics,” it said in response to a request for comment.

Coronavirus: Eight new cases on Monday, one at a restaurant (Updated)