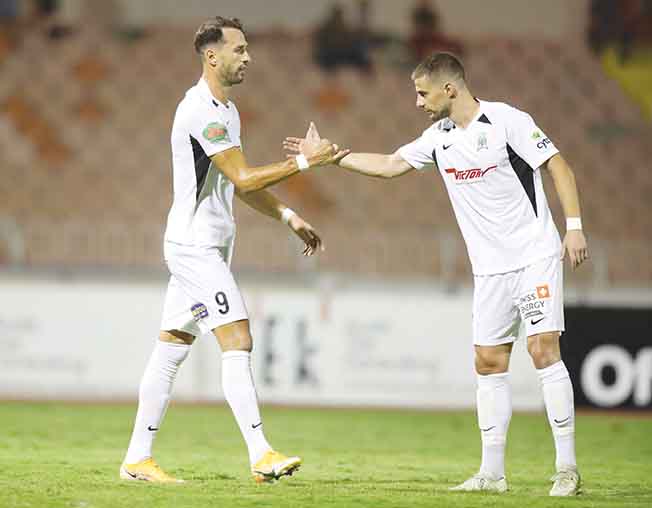 While it’s still early in the season, Doxa Katokopias currently find themselves in the top four in the table, level on seven points with the leaders

With three rounds of the new season played so far, the Cyprus first division’s smaller clubs have shown that they are far from pushovers, and that the bookies’ favourites will have their work cut out for them this year.

While it’s still early in the season, the fact that Doxa Katokopias currently find themselves in the top four in the table is testament to this fact. Kostas Sakkas’ side have taken seven points so far this season, with wins over Olympiakos Nicosia and Ethnikos Achnas, and a draw against Apollon Limassol in the season opener, having scored five goals and conceding three in the process.

While Karmiotissa Polemidion are currently in 11th place with two points, they have shown admirable resilience and defensive nous in their opening three games. Karmiotissa’s two points should also be seen in the context of their fixture schedule, as they have faced three clubs expected to challenge for the title or at least be in the mix for the top European spots.

The tiny Limassol club drew with Apoel, frustrating the Nicosia giants with solidity at the back despite the two goals they eventually conceded, and enough determination to see them come back to equalise twice away from home. They narrowly lost to Omonia in the second round and managed to snatch a point with a goalless draw against AEK Larnaca over the past weekend.

Impressively, from the stats available to us from Karmiotissa’s first two games, we can see that the club has an expected goals figure of 1.05 per game, higher than Salamina (0.93 xG) and Olympiakos (0.94 xG), two clubs currently above them. Again, this is all the more noteworthy considering the teams that the club has faced up to this point.

Elsewhere during the weekend, Apoel and Apollon Limassol managed to snatch valuable one-goal victories over AEL Limassol and Pafos FC respectively. Apollon are currently top of the table with seven points, the same as AEK Larnaca, Anorthosis Famagusta and Doxa, but lead the way on account of their better goal difference.

Apoel are currently in seventh place with four points and gradually trying to improve under coach Marinos Ouzounidis and build a sustainable sense of momentum.

Anorthosis and Omonia drew on Saturday with each club scoring once to cancel each other out. Kaly Sene managed to grab a goal for Omonoia, bundling the ball into the net after receiving it from the left flank with experienced defender Schildenfeld unable to do anything about it, while Okriashvili scored from the penalty spot to equalise for Anorthosis in the dying moments of the first half.

Coronavirus: Eight new cases on Monday, one at a restaurant (Updated)