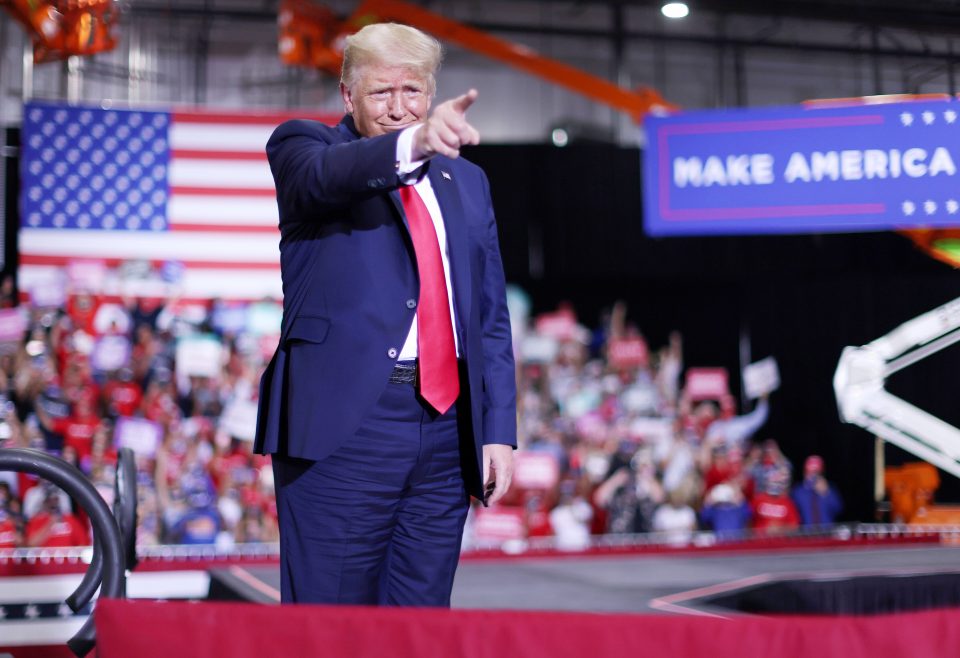 US President Donald Trump rallies with supporters at a campaign event

President Donald Trump will travel to California on Monday to be briefed about its devastating wildfires while Democratic rival Joe Biden plans a speech on the matter from Delaware, bringing climate change to the forefront of the presidential campaign.

Trump, a Republican who pulled the United States out of the Paris accord on global warming because he found it too costly, has blamed poor forest management for the fires that are raging around the West Coast but has authorized federal disaster aid.

Democrats have said that climate change plays a role, and Biden is expected to emphasize that in his remarks.

A spate of deadly and destructive wildfires have swept California, Oregon and Washington this summer, destroying thousands of homes and a handful of small towns, burning more than 4 million acres and killing more than two dozen people since early August.

Trump is heading to McClellan Park, California to meet with local and federal officials for a briefing about the fires. California Governor Gavin Newsom, a Democrat frequently targeted by the president, will attend before leaving to separately tour fire areas, Politico reported, citing officials from his office. The two also spoke last week. Representatives for Newsom could not be immediately reached.

“The president continues to support those who are battling raging wildfires in a locally-executed, state-managed, and federally-supported emergency response,” White House spokesman Judd Deere said on Saturday.

Biden has included climate change in his list of major crises facing the United States, along with the coronavirus pandemic that has killed more than 194,000 and pushed the country into an economic recession.

“Vice President Biden will discuss the threat that extreme weather events pose to Americans everywhere, how they are both caused by and underscore the urgent need to tackle the climate crisis, and why we need to create good-paying, union jobs to build more resilient infrastructure,” his campaign said on Sunday.

Fighting climate change is a key, motivating issue for young people and progressive-leaning voters who Biden needs to turn out to vote in the Nov. 3 election.

It is a more complicated issue for some Republicans, who, despite clear scientific evidence of its existence, question the data and the need for broad and expensive measures to fight it.