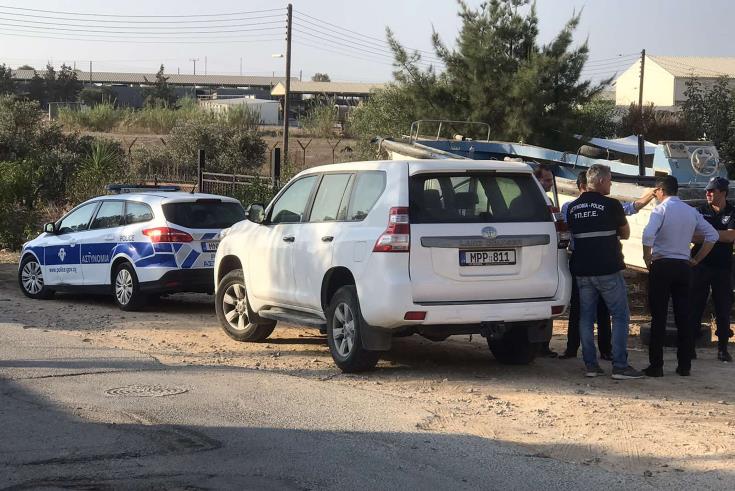 Police found two shotguns, an air gun and 25 bullets at the home of the man suspected of shooting his ex-partner on the veranda of her house on Sunday.

The 24-year-old was arrested early on Monday morning after a woman was shot and injured in Liopetri, Famagusta on Sunday evening.

At around 8.45pm the 34-year-old woman was shot twice with a hunting gun while she was on the veranda of her house in the village. Two minors, both 17, were also present.

The bullets hit her in the back and the neck. The perpetrator fled in a pick-up van.

The woman was taken to Famagusta general hospital by her brother and reportedly told him who had shot her.

She is in serious condition, but her life is not in danger, doctors said.

According to testimony obtained by police, the woman, who is five months pregnant, has been in a relationship with the 24-year-old, which she recently ended.

Police officers arrested the suspect at his home under a warrant.

They reported the young man admitted shooting his ex-girlfriend, saying “it’s my fault I was wrong.”

When the officers found a hunting gun, he said “this is the one I shot her with”. Another hunting gun, an air gun, bullets and two mobile phones were also found.

The suspect expressed remorse and told police he hid his car and the phone he used to communicate with the 34-year-old in a forested area in Liopetri.

The car was collected and seized.

Investigators are expected to question the family and friends of the suspect and the victim, as well as the doctors at the hospital.

Decrees will also be sought to disclose the suspect’s telecommunications data and private communications to determine if he had contact with the victim or other persons before, during or after the offence.

The victim, who has so far only made an oral statement, will be asked to make a written statement.

Famagusta police spokesman Andreas Constantinou also said the relationship between the suspect and the victim is being investigated.

He was remanded for eight days on Monday as the case is treated as attempted murder.

Arrivals by air to north only for ‘citizens’