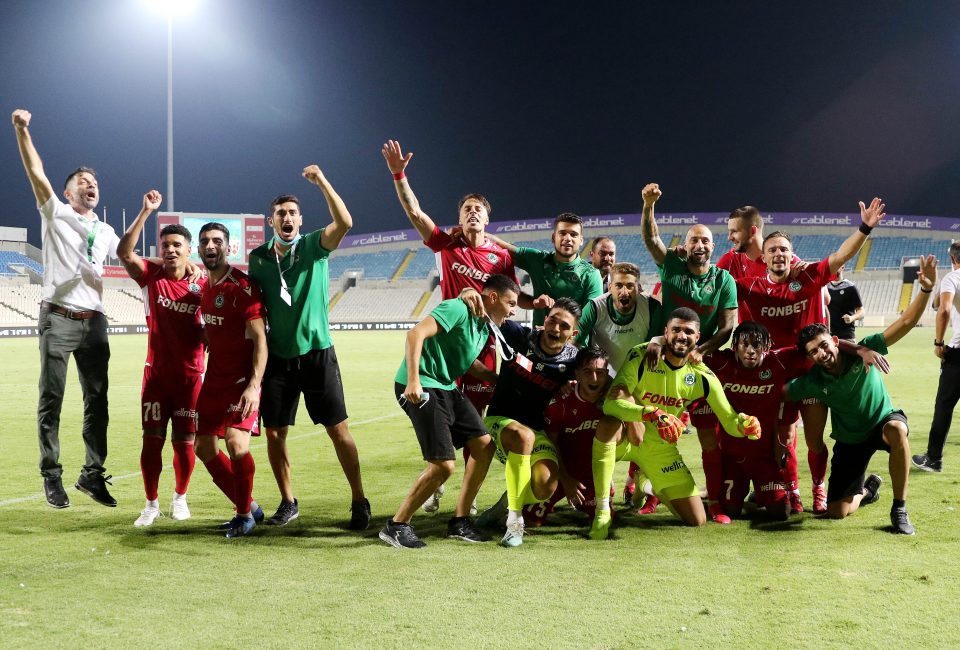 Omonia reached the Champions League playoff round for the first time with a 4-2 penalty shootout win over 1991 European Cup winners Red Star Belgrade after the match ended 1-1 following extra time at an empty GSP stadium in Nicosia.

Their reward will be a two-legged tie with Greek side Olympiakos Piraeus after Brazilian goalkeeper Fabiano saved two penalties in the shootout to stun Serbian champions Red Star.

Should Omonia fail to qualify, they will move down to the Europa League group stage, so Wednesday’s victory is a tremendous achievement regardless of what happens next.

Coach Henning Berg decided to start with Fotis Papoulis in his starting eleven with the Greek veteran making his first European appearance for his new club, despite him still regaining fitness after recovering from an injury.

The first 25 minutes were fairly restrained, with neither side wanting to give much space to the other. Both sides lined up with three midfielders showing their willingness to restrict space in the middle of the pitch.

Omonia opened the score in the 31st minute. A well-struck inswinging corner from Jordi Gomez was met by goalkeeper Borjan, whose attempt at punching the ball led to it bouncing off the post and then falling for defender Michael Luftner for the goal.

Red Star equalised on the stroke of half-time. A deep, inswinging cross from Ben found Mirko Ivanic, who we highlighted in our preview piece as a threat, near the back post. Ivanic’s header didn’t give Fabiano much chance of saving it.

The second half was tougher for Omonia, with Red Star ramping up the pressure. Katai threatened to score in the 48th and 54th minute but Fabiano blocked the ball on both occasions.

Ben had a great chance to score in the 58th minute after a cutback found him in the area but his shot went over the bar. Red Star controlled most of the half, having 59 per cent of the ball in the 61st minute.

Omonia had their biggest chance to score in the 67th minute. A cross from the left found Beautheac whose first time volley was saved spectacularly by Borjan.

Neither side found a second goal in normal time which sent the game to extra time. Mental and physical fatigue was a major factor here, with extra time being uneventful and laboured.

After the game, Berg struggled to hide his elation at the result. “We had discipline, we were hard-working, never gave up, even if we were under pressure. We never lost faith and belief and we were rewarded”, Berg said. “For the players to keep their nerves is top. I’m so happy with the players and staff. They worked so hard this summer. It was a difficult start to the season”, the Norwegian added.

Berg also spoke about under-fire chairman Stavros Papastavrou. “The president helped us in a big way. Laid the foundation in how we work. Our discussions every week are constructive”, Berg said, before adding that “he’s been under pressure because he’s been honest and for wanting things to be correct. He has only good intentions.”