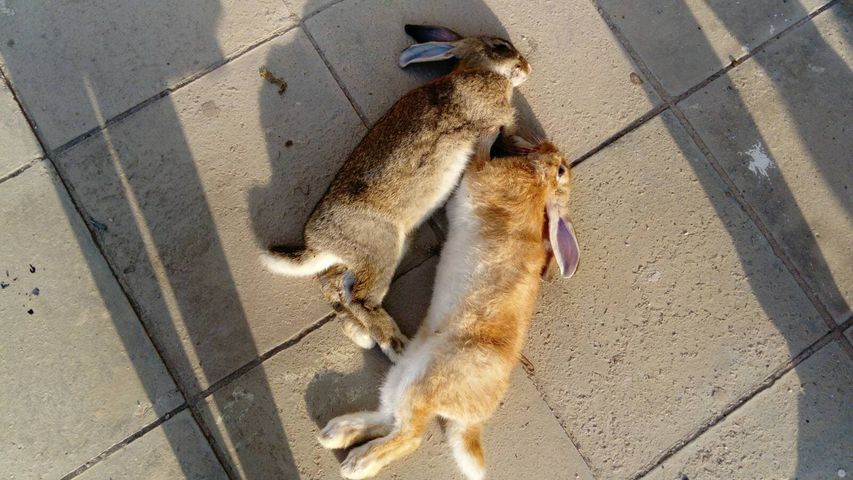 The Animal Party said on Wednesday they have given police evidence of animal abuse at Paralimni Lyceum, where chickens and rabbits were thrown out of windows on the first day of school.

In an announcement, the party said they submitted pictures and videos of the incident to the police on Monday, who have already opened an investigation into the matter.

It is believed that at least two rabbits and a number of birds died in the incident.

The party said the incident was not a spur of the moment decision, but rather it was planned and organised by the students, who brought the animals to the school the night before.

Reports from Paralimni suggested more animals had been brought to the school the night before, including pigeons kept in black plastic bags. The birds reportedly died due to the heat and asphyxiation.

The party suggested that if caught those responsible should be punished by doing community work, either at a shelter for abandoned animals or some other place that helps animals.

Commenting on the matter, police spokesman Christos Andreou told Politis Radio that other suspects who were not pupils there might be involved in the incident.

He added students over the age of 14 are legally responsible for their actions.

Police launched a probe into the matter after public outrage caused when final year students chose to ‘celebrate’ their first day back in school on Monday by hurling firecrackers and throwing rabbits and chickens from the first floor of the school building, with some of the animals reportedly killed from the fall.

The school’s head teacher officially filed a complaint about the incident with the police on Tuesday morning and gave a statement. Other teachers and pupils also gave statements.

On Wednesday, Famagusta police spokesman Andreas Constantinou said they are still taking statements, and police are also concentrating on finding the shop that sold the students the firecrackers.

Head of the Paralimni Lyceum’s parents’ association Andreas Skitsas said the parents want the issue to be examined as soon as possible and for the teens involved to be found.

He also expressed concern over the banner hoisted on the school’s balcony, which said: ‘Hornier than ever’.

Skitsas said it was concerning a professional decided to print this banner for the teens.

Also, Skitsas said there is concern the students responsible for the incident will place pressure to cover up the matter.