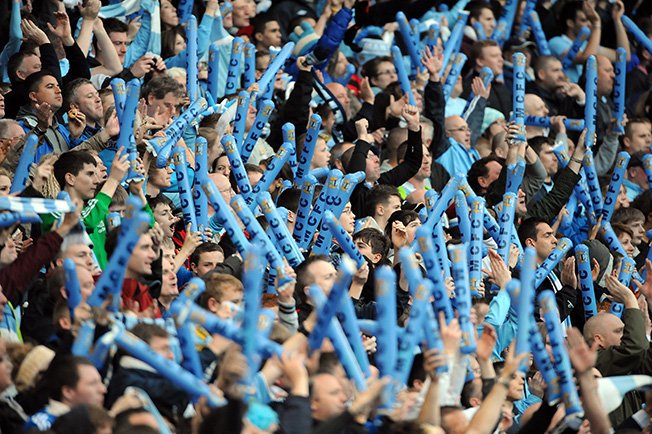 Sports leaders are hoping to get an answer next week on whether spectators can attend events on a socially-distanced basis from October 1, the PA news agency understands.

Representatives from various sports met with the Secretary of State for Digital, Culture, Media and Sport Oliver Dowden on Wednesday, as the cabinet minister gathered feedback from them about the “very serious” financial consequences of any delay to that timetable.

The government is reviewing the date due to a spike in coronavirus cases nationwide. A delay until November 1 – when more information will be available about the impact of schools and universities returning on coronavirus case numbers – is a possibility, PA understands.

The restrictions on capacity due to come into force from the start of next month will limit sports venues to between 25 and 35 per cent.

A joint statement from the sports bodies in attendance, which included the Football Association, Premier League and EFL, read: “We are grateful to the Secretary of State for taking the time to discuss with us the financial impact that Covid-19 is having on the sports sector and issues around the partial return of fans to sports events which is currently under review by the government. It was a constructive and productive meeting.

“All of our organisations are committed to public safety. Today we were able to explain our extensive arrangements for how we can manage a controlled return of fans following all relevant public health guidelines. It is our firm belief that sports fans will be as safe as in other areas of activity currently permitted.

“We also reiterated a commitment to continue to give full assistance to the government with test and trace requirements and public health messaging.

“We conveyed to the Secretary of State the very serious financial situation now facing our sports, clubs and venues and that we believe we can stage events safely. It is clear that if fans cannot return soon that there will be very serious economic implications across our sporting sector.

“Our sports have already demonstrated through staging fixtures behind closed doors, in test events and through the return of recreational sport that we can deliver the very highest standards in safety and best practice.

“We will continue to engage with the government in the days ahead and provide any further evidence required.”

The EFL has been given permission for nine of its matches to be pilot events this weekend, to be played in front of crowds of up to 1,000.

They will be the first men’s professional football matches played in front of spectators in England since the suspension of competition on March 13.

It was initially announced there would be 10 matches, but Luton said their Championship match against Derby would be behind closed doors after all, saying they had not been given enough time to prepare and criticising the EFL for a lack of communication.

The EFL has been anxious for supporters to return to games for the sake of clubs’ financial health. A successful pilot was held at last week’s EFL Trophy tie between Cambridge and Fulham Under-21s, which was attended by 862 fans.

EFL chairman Rick Parry said: “It’s encouraging that we are in a position to move forward with the next phase of the pilot programme and give a small number of our clubs the opportunity to welcome back up to 1,000 fans this week.

“The health and well-being of supporters and their wider communities remains the priority, but as we showed at Cambridge, social distancing can be applied safely.

“The requirement to welcome spectators back through turnstiles has not diminished in any way. The financial challenges facing EFL clubs have been explained on numerous occasions, they are substantial and a problem that requires immediate solutions.”

Hunter fined after dead birds found on him