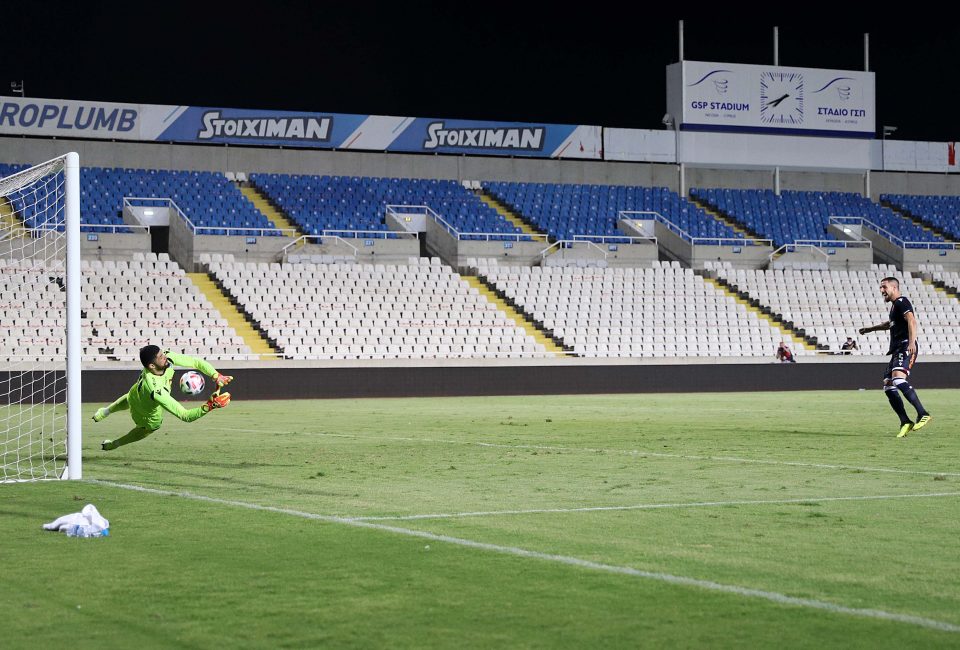 The Omonia match was played in front of any empty stadium

Two people have been lightly injured after cars were pelted with stones, apparently by football fans, near the Apoel fan club in Nicosia on Wednesday night.

Reports claim that a woman was injured after rocks were thrown at her car, which had two children inside. It appears a total of six cars were attacked.

Police have stepped up their presence in the area to prevent further incidents from breaking out.

The incident occurred after arch rivals Omonia reached the Champions League playoff round for the first time with a 4-2 penalty shootout win over 1991 European Cup winners Red Star Belgrade at an empty GSP stadium in Nicosia.