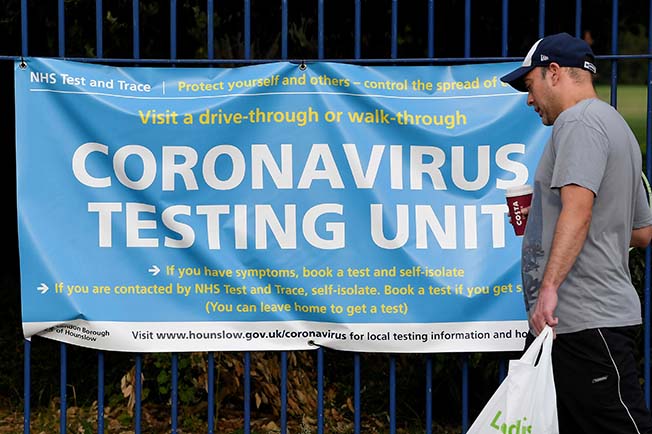 The United Kingdom recorded nearly 4,000 new daily cases of COVID-19, government data showed on Wednesday, with the total number of daily cases at its highest level since May 8.

Official stats showed there were 3,991 new positive cases of COVID-19 recorded, compared with 3,105 on Tuesday.

That is the highest daily figure for new cases since May 8, when there were 4,649 new cases reported.

Case numbers have started to increase in recent days but Britain’s testing capacity has also grown since the peak of the first wave of the virus earlier this year.

British Prime Minister Boris Johnson said that he wants to boost testing to 500,000 a day by the end of October to avoid a second national lockdown despite rising case numbers.

There were also a further 20 new deaths from COVID-19, according to figures that show fatalities within 28 days of a first positive test.