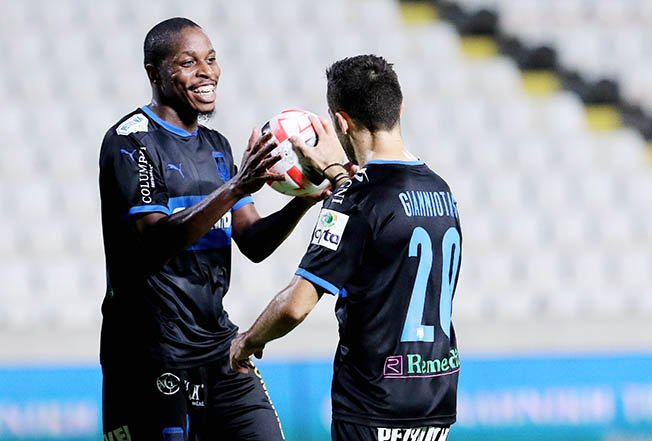 Cyprus’ Europa League representatives Apoel and Apollon face tricky away ties to Kaisar FC of Kazakhstan and Cretan team Ofi in the second qualifying round on Thursday.

Apoel are favourites to overcome the inexperienced Kazakh team, especially following their much-improved performance in the league last weekend.

Coach Marinos Ouzounides is spoilt for choice as both experienced defenders Nicholas Ioannou and Giorgos Merkis are at his disposal after missing the weekend game while new signing, central defender Artur Jorge, is also pushing for his debut.

There are question marks as to who will play either side of striker Ben Sahar with Ndongala, Klonarides, Al-Taamari and Atzili vying for the two positions.

Kaisar FC are novices when it comes to European football as this will be the first time they will compete in a European competition courtesy of their Kazakh cup win last season.

Their Bulgarian coach Stoycho Mladenov said that he is well aware of Apoel’s European exploits but said his players are more than ready for this big challenge.

“Anything can happen, it’s one game, maximum 120 minutes, and my players are well prepared for it’ he said.
The game will be played at the Gany Muratbayev stadium, and kicks off at 3pm Cyprus time.

Apollon’s task is slightly more difficult against Ofi even though the Greek side has yet to play a competitive game this season as their league has not started yet.

Coach Sofronis Avgousti included latest signing Daniel Larson in his squad but it remains to be seen if he will be given any playing time as he has missed most of pre-season training.

There will be a lot of familiar faces for the Apollon players when they meet their opponents, as no fewer than four of them were playing for Cypriot clubs until last season.

Two of them in fact, Vahid Selimovic and Adrian Sardinero, were playing for the Limassol side while the other two, Boy Waterman and Praxitelis Vouros, played for Apoel.

The Greece-Cyprus connection does not end there as Ofi’s coach, Giorgos Simos, spent a year as assistant coach at Omonia a few years back.

Simos lamented the fact that the game will be held behind closed doors. “The fans’ presence would have given us that extra push that teams need in games such as these,” he said.

“We respect Apollon, they are a quality side that have played in the group stages of the Europa League on a number of occasions, and this says a lot, however I have faith in my team’s abilities’ he concluded.

The game at the Theodoros Vardinoyiannis stadium gets underway at 8pm Cyprus time.