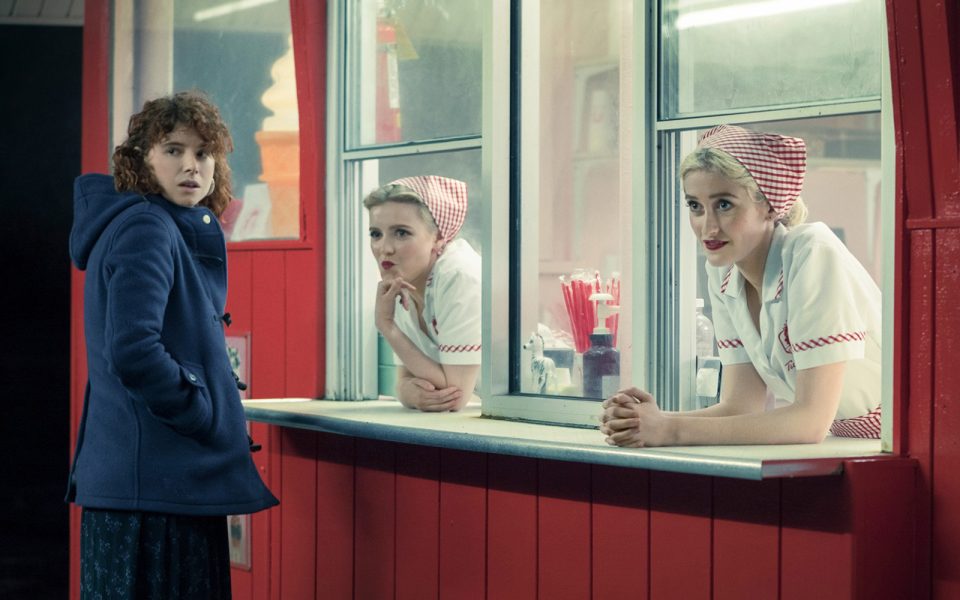 Released on Netflix earlier this month, I’m Thinking of Ending Things is a demanding watch, as most Charlie Kaufman films often are.

Based on the eponymous 2016 book by Canadian writer Iain Reid, it stars Jesse Plemons as Jake, Toni Collette and David Thewlis as his parents, and Jessie Buckley as his girlfriend. The film was adapted for the screen and directed by Kaufman (Being John Malkovich, Eternal Sunshine of the Spotless Mind).

Unquestionably challenging, certainly unique, perhaps a tad perplexing, and possibly somewhat biased towards the labyrinthine, should you wish to make this your entry film into Kaufman’s filmography, you have been warned.

The basic story of I’m Thinking of Ending Things is simple enough. A young woman whose name we are not aware of at this point is considering breaking up with her boyfriend Jake. The couple are preparing to go on a long drive to meet Jake’s family still living on the family farm, despite the young woman’s hesitation and internal deliberation on the relationship’s survival.

Both this inner uncertainty and the resulting analysis as to the benefits and drawbacks of persisting with Jake play out throughout the first two acts of the film, through monologues and dialogue, implicitly through observations made by the character, shown or intimated through insert shots and close-ups.

Such instances can play out in two very different ways. Quickly and without much layering – a straightforward glance at an unpleasant-looking and possibly infected toenail. The second and the film’s preferred method is much more layered, requiring a particularly keen ear or an even keener eye. In a shot lasting a handful of seconds, we see one particular corner of Jake’s childhood bedroom.

During the shot, panning slowly from right to left, we see various items, most of them stacked on wooden shelves. These items include a giant copy of William Wordsworth’s collected poems, Pauline Kael’s For Keeps, a book on virology, David Foster Wallace’s ‘A Supposedly Fun Thing I’ll Never Do Again’, a VHS tape of The Thing, a tape of Soylent Green, Goldman and Goldman’s The Humming Effect: Sound Healing for Health, a DVD of A Beautiful Mind, a View-Master 3D toy, blank tapes and DVDs with some of them labeled, including Lasting Memories of Sorrow, The Ways People Have Looked At, Lost or Abandoned Friendships, Futile Efforts At Success, Unforgettable Mishaps, and a half-read copy of Rotten Perfect Mouth by Eva H.D.

Though the above scene plays out in a serene, quiet manner, pausing to absorb all this information and then relaying it in word is too much, it feels frenetic, the mere task of interpretation appearing impossibly complex. Everything is laid out in front us, the setup, the action, and the outcome. But nothing is being gifted here. We are being teased.

There are many themes that repeat and are investigated throughout the film. Isolation, seclusion, commitment, change, identity, the determining factors for the trajectory of one’s fate, unrealised potential, childhood dreams and aspirations. These are represented through the bits of internal thinking and the interaction between characters. But they are also present in the looped use of certain words and phrases. The phrase “I have chains”, to be used on a car’s tyres when driving in the snow, of course. The word treacherous, for the weather, naturally.

In the third act, an interaction between two characters is full of contrast, absurdity and poetry. It is visually surreal and generally quite preposterous, but is one of the film’s most economical in terms of marrying dialogue with the composition.

“There is kindness in the world, you know? You have to search for it, but it’s there.”

It is elegant, suggestive, cryptic and intriguing but perhaps endangered by the threat of being perceived as pretentious. This also serves as a fitting description of both the film and Charlie Kaufman’s preferred approach to screenwriting.