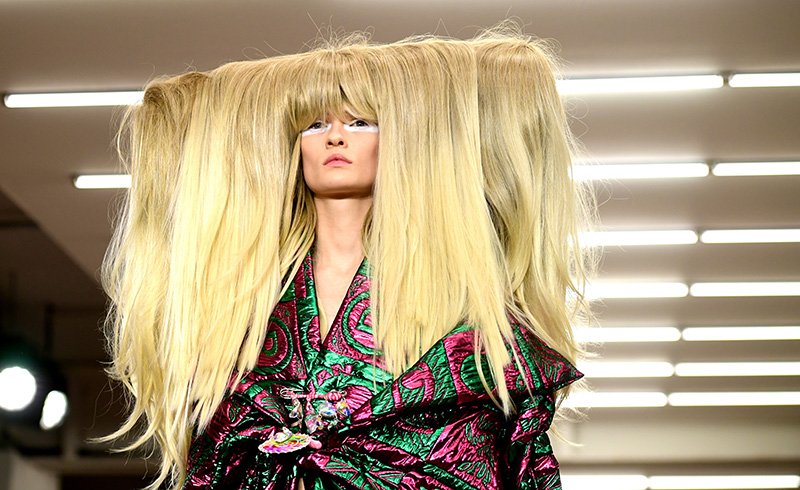 Autumn is just around the corner and that means it’s all change in the fashion and beauty departments, as we wave goodbye to summer and say hello to the new-season collections.

The AW20 catwalks brought us a bounty of fabulous hair and make-up looks, and there’s something to suit everyone – from sparkle and shimmer to moody hues, and the re-emergence of some classic techniques.

Here are the seven most important beauty trends of the season…

Already looking forward to festive season? We’ve got the perfect party look for you: golden eyes, as seen at Tom Ford, where shimmering shadow was paired with kohl liner, and Gabriela Hearst, where a warm golden tone was topped with a sprinkle of glitter.

Another look that’s destined for the dance floor, mirror-like flashes were a favourite at London Fashion Week, with models at Preen, Simone Rocha and Erdem all adorned with metallic foils. In shades of silver, gold and red, the chocolate wrapper-like textures were placed in an abstract manner, giving an antique, worn-in vibe.

Mastered the feline flick? Then it’s time to take it up a notch with one of the edgy black winged liner looks seen on the catwalks, from the cut crease flick at Stella McCartney, to the bold double-wing designs at Valentino and Miu Miu. Alternatively, the crisp mini-wing at Richard Quinn is a good starting point for newbies.

Pale skin, black cherry lips, kohl-rimmed eyes, or all of the above – that was the brief at a whole host of AW20 shows, from Rodarte and Anna Sui in New York, to Gucci and Max Mara in Milan. While going full-on goth with that make-up trio might seem a bit much, a deep berry lip is a softer way to try the trend.

The brightest make-up hues are usually reserved for spring, but there were some welcome splashes of colour on the autumn catwalks. Pink was particularly popular, with bubblegum pink eyes at Matty Bovan, fuchsia mascara at Off-White, and Eighties-style eyeshadow at Rixo.

A perfectly painted scarlet lip never goes out of style, of course, but this season, matte red makes way for something with a bit more shine. We’re not going so far as to say gloss is back – aim for a soft satin finish, as seen at Jason Wu, Marc Jacobs and Jil Sander.

Hair stylists went all out for AW20, creating some spectacular catwalk looks, from huge, wide wigs at Matty Bovan and sculpted braids at Ashish, to colourful stencilled locks at Emilio Pucci and slicked-back silver tresses at Erdem. Obviously, these aren’t the kind of styles you can easily replicate at home, but the chic twisted knots and braids seen at Fendi and Rixo are a lot more wearable, while still offering plenty of wow-factor.

Catching your dreams: beds that rock you to sleep