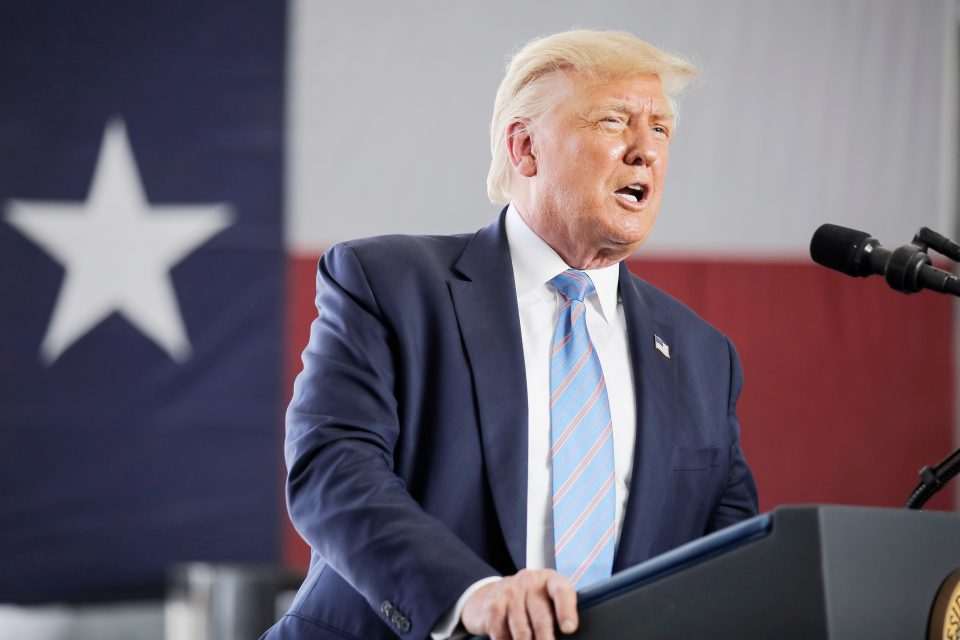 U.S. President Donald Trump escalated his unfounded attacks on mail-in voting on Thursday, saying that the result of the 2020 presidential race could never be accurately determined – a sentiment that would undermine any winner, including him.

Trump, lagging Democratic challenger Joe Biden in public opinion polls, has repeatedly made unsubstantiated allegations that voting by mail is vulnerable to fraud.

States are using mail-in voting on a much wider scale than usual this November, to provide an alternative to in-person balloting during the coronavirus pandemic. Election experts who have studied decades of U.S. elections say fraud is rare.

“Because of the new and unprecedented massive amount of unsolicited ballots which will be sent to ‘voters,’ or wherever, this year, the Nov 3rd Election result may NEVER BE ACCURATELY DETERMINED, which is what some want. Another election disaster yesterday. Stop Ballot Madness!” Trump said in a Twitter post.

Twitter flagged two Trump tweets on mail-in voting on Thursday with a tag reading “Learn how voting by mail is safe and secure,” that linked to experts and data supporting the stance that voter fraud is extremely rare.

Sixteen states require an excuse to vote absentee, such as illness or travel. The other 34 states allow any registered voter to request a mail ballot. Trump has claimed, without evidence, that the latter system is prone to fraud, although Americans have long voted by mail.

The Nov. 3 election promises to be the nation’s largest test so far of voting by mail, and the two major parties are locked in numerous lawsuits that will shape how millions of Americans exercise their right to vote.

The Biden campaign responded with a statement it put out after a Trump attack on mail-in voting in July.

“The American people will decide this election. And the United States government is perfectly capable of escorting trespassers out of the White House,” spokesman Andrew Bates said.

Democratic voters are embracing mail-in ballots at rates well ahead of their Republican counterparts, according to data from recent state and local elections.

The trend has alarmed Republicans, more than two dozen Republican officials from six politically competitive states told Reuters last month. They worry Democrats will bank significantly more mail-in votes by November, a deficit that may be tough to overcome if the pandemic depresses turnout on Election Day.