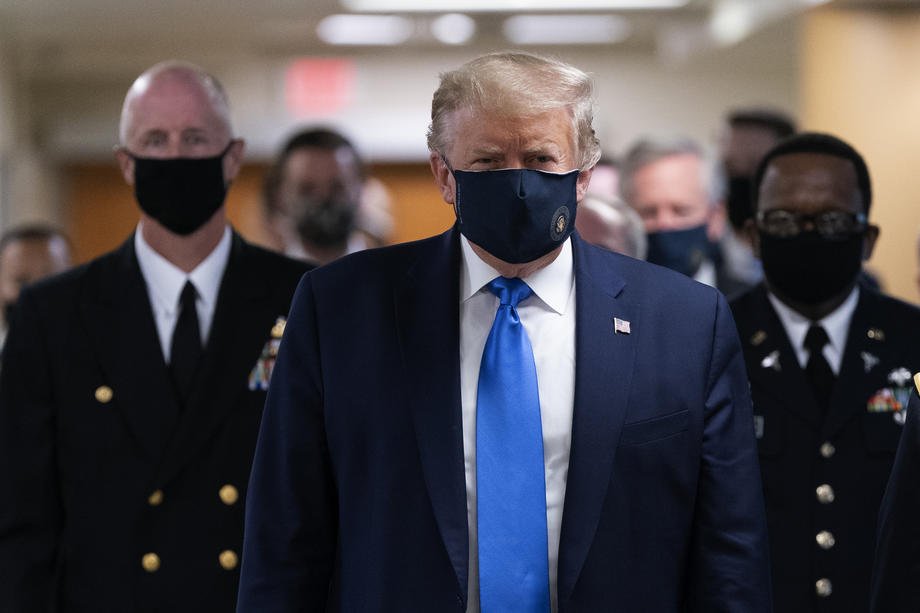 The World Health Organization’s top emergency expert, asked on Thursday about contradictory remarks by President Donald Trump and U.S. health officials, said that it was important for all countries to have “consistent messaging” for their public.

Trump took exception on Wednesday to comments from the director of the U.S. Centers for Disease Control and Prevention, Robert Redfield, who said a vaccine for the novel coronavirus could be broadly rolled out in mid-2021 and that masks might be even more effective.

“What is important is that governments, scientific institutions, step back, review the evidence, and give the most comprehensive easy-to-understand-and-digest information so that people can take the appropriate action,” Ryan said.

Trump had said he believed a vaccine will be rolled out much sooner. He said he called Redfield after his testimony to question him about it, and that Redfield appeared to have been confused by the question.

“I think he made a mistake when he said that,” Trump said of Redfield’s testimony. “I don’t think he means that. When he said it, I believe he was confused.”

Trump said a vaccine may be available in a matter of weeks and that there was a plan to begin distributing it widely soon after the Food and Drug Administration approves it. Trump is eager to have progress on a vaccine ahead of the Nov. 3 presidential election.

Several companies are in late-stage trials of a vaccine and have expressed optimism, but none of the vaccines are yet proven to be effective and safe.

Trump also criticized Redfield for saying wearing a mask can be just as effective as a vaccine. Trump was initially reluctant to urge Americans to wear masks but has since been more willing to do so. Still, he has held a number of tightly packed events where many participants have not covered their mouth and nose.

“Number one, it’s not more effective than a vaccine and I called him about that,” Trump said.

On Twitter late on Wednesday, Redfield said he believed “100%” in the importance of a vaccine. “A COVID-19 vaccine is the thing that will get Americans back to normal everyday life,” he said.

Despite quibbling with Redfield, Trump said he retained confidence in his performance at the CDC.

Redfield, who is a member of Trump‘s coronavirus task force, did say that a vaccine could be ready as soon as this November or December, and that limited first doses could go to those who were most vulnerable, but that it might take until mid-2021 for it to be widely available.

“As soon as (a) vaccine gets approved or cleared, we want to be in a position to distribute it within 24 hours,” Redfield told the U.S. Senate Appropriations Subcommittee on Labor, Health and Human Services, Education, and Related Agencies.

But “in order to have enough of us immunized to have immunity, I think it’s going to take six to nine months,” he added.

The federal government will allocate vaccines for each state based on the critical populations recommended first for vaccination by the U.S. CDC.