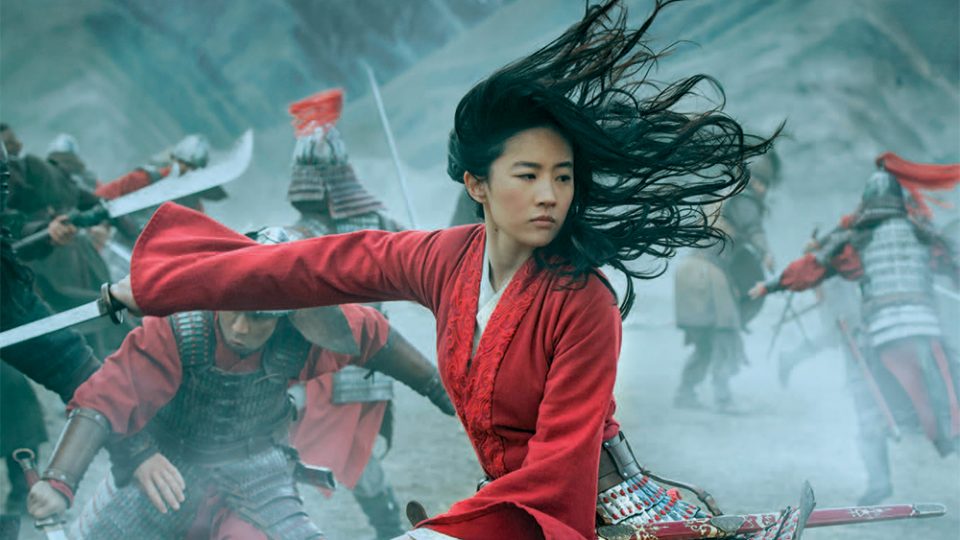 As cinemas slowly begin to reopen, fans of the Disney animated classic Mulan (1998) finally have the chance to see the long-awaited live-action remake. The film’s release was moved straight to Disney+ after the pandemic hit (it was originally set to be released in March), but maybe it’s a good thing the streaming platform is not available in Cyprus yet. Mulan’s lush cinematography and gorgeous set pieces deserve to be seen on the biggest possible screen. Especially because the aesthetic is far and away the most impressive thing about this otherwise deflated affair.

For those unfamiliar with its animated predecessor, the story of Mulan is set in imperial China (originally adapted from Chinese folklore dating back to the 4th century) and follows Hua Mulan (Yifei Liu), a girl with no brothers and two very conservative parents. During the opening scenes in Mulan’s quaint village, we quickly learn that she possesses what’s called the ch’i; a special power that only boys are allowed to explore and let flourish, while the only duty girls have is to bring honour to their families (i.e. get married, make babies, etc.)

Of course, Mulan is in no mood to be a doting wife to anyone anytime soon, and of course her parents are gravely disappointed/embarrassed by this fact, though they clearly love her very much. Just as Mulan manages to humiliate a famed matchmaker and get branded dishonorable for all to hear, the Imperial army marches through the gates of the village to declare that every family must surrender at least one male to fight against the incoming Northern Rouran warriors led by Böri Khan (Jason Scott Lee). As the only male from the Hua family, Mulan’s ailing father accepts (he’s had enough dishonour for one day). But – after realising that going to war will surely kill him – our heroine dresses up as a hero, steals her dad’s horse, armour and sword, and goes to train and fight in his stead.

In today’s day and age, film and politics have become so grossly intertwined that even a story set on a different planet would need to follow Earth’s 21st century political correctness. Mulan easily falls into this trap, which is so painfully ironic because it tries ever-so-hard to tick all the right boxes, on a $200 million-dollar Disney budget no less. The production of Mulan has been mired in the kind of controversy that will turn many viewers away from it, depending on how much they care about this kind of stuff. Its main star (Mulan herself!) has advocated for police brutality, filming took place in the region of Xinjiang, where today’s Chinese government is forcing over a million Uyghur Muslims into detention camps, and the list goes on.

But even for those of us who still believe that art should be judged on its own merits, Mulan fails. Its biggest issue is the awkwardness of having an all-Chinese cast (excellent decision) speak in English (terrible decision). Having Chinese characters speak English in an animated movie is one thing. Doing it in live-action is all the more cringe-worthy. What doesn’t help either is that all the playfulness, comedy and lighthearted charm of the 1998 version is gone (along with Eddie Murphy’s talking dragon Mushu). This was probably the first time in my life when I’ve actually missed Disney songs. Even the misogynistic overtones and exaggerations of the original were comically caricaturised, so much so that it made Mulan’s wit and bravery shine all the brighter. This time around, the tone is much more sombre and gloomier. Aside from some stylistic flourishes and a bit of slapstick with the matchmaker, this Mulan takes itself, just like its title heroine, a bit too seriously.

A female witch played by Li Gong is only the second-worst thing that the live-action version introduces for the first time to the Mulan story. The first would be Mulan’s “special power” – which not only diminishes her human qualities but also completely distorts the real-life concept of the Chinese ch’i. What’s meant to be the “energy” that is found in all living things is somehow twisted into a power that male warriors have and somehow, magically, so does Mulan. It’s little wonder that the film has not done well with Chinese audiences.

Depending on how close to your heart the 1998 animated version is, how much you care about the importance of honouring Chinese traditions, how offended you are by some of the dishonourable current affairs in China, or how much you mind terrible fighting choreography, it feels like just about anyone’s experience of Mulan will be tainted in one way or another. On the flipside, Mandy Walker’s cinematography, and all other technical aspects of the film in terms of production and set design, makes it worthwhile. Barely.