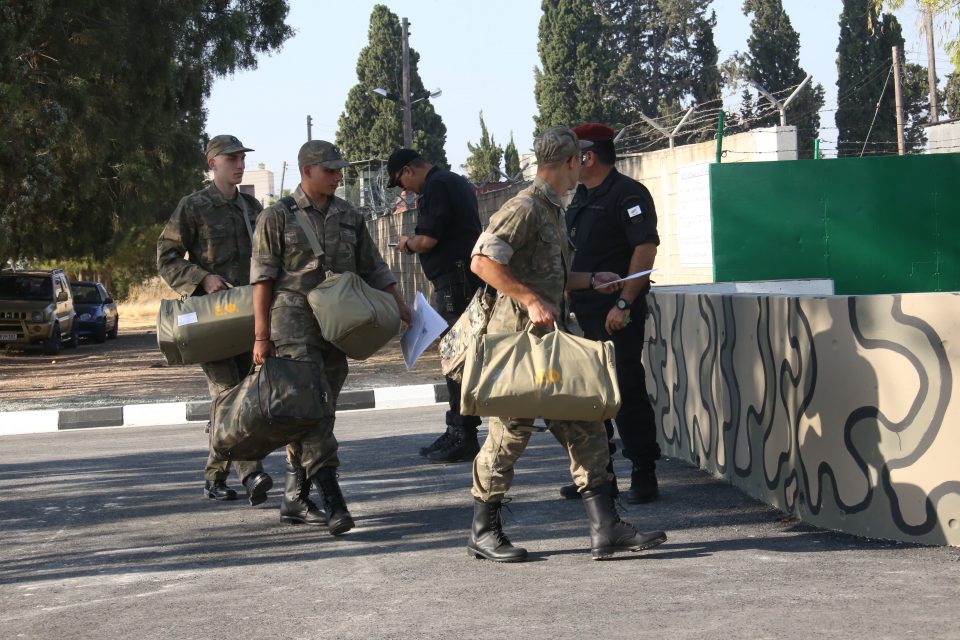 Parliament on Friday rejected a supplementary budget earmarked for the recruitment of contract soldiers that would have replaced conscripts who would have been given a postponement so that they could study in the UK without having to pay the higher fees that come into effect from 2021.

Soldiers doing their national service this year are missing out on the last year of cheap UK university fees after the British government announced in June that from January 2021 all EU students will have to pay pricey international fees as part of Brexit.

The plenum voted 32 to 16 to reject the budget with only ruling Disy voting in favour.

Opposition parties said it was a slapdash and irresponsible decision by the government, which also sought to transfer responsibility for the matter on to parliament.

It followed unsuccessful attempts to convince the British government to make allowances for prospective male students who missed out on the last year of the cheaper home fee status for EU students because of their 14-month stint in the army.

On September 3, the cabinet decided that soldiers who had received confirmation from a UK university of their acceptance could defer their service.

Initially, the defence ministry said the number of deferrals was between 40 and 50, but it later spiked to 296.

But critics said the taxpayer is footing the bill for a privileged few and is discriminatory in nature – “why should those studying in Britain receive preferential treatment?” they asked.

The budget had been submitted as a matter of urgency with Defence Minister Charalambos Petrides saying that if rejected, there would be no suspensions of military service.

Ruling Disy leader Averof Neophytou conceded that the cabinet decision created many injustices and inequalities, suggesting the government had taken the decision after pressure.

The alternative would be subsidising the students, which would still be unfair.

Main opposition Akel MP Costas Costa said it was an unfair decision and accused the government of doing nothing before to find a solution to the problem, despite knowing about Brexit.

Costa suggested that the government could have sought exemptions during the Brexit negotiations or some other arrangement when it was negotiating the property development deal inside the British military bases in Cyprus.

The Akel MP said when the government saw the huge cost, it kicked the can parliament’s way in what he described as “unacceptable, crude blackmail.”

Diko MP Pavlos Mylonas said the decision hurt the National Guard’s morale, which there were rows and bullying among conscripts.

Edek chairman Marinos Sizopoulos said it was a hasty decision that would have created inequalities.

Even if approved, he said, hiring contract soldiers would take two to three months after the conscripts’ release.

During the discussion, MPs heard that hiring contract soldiers would not be enough to plug the gap since conscripts had to carry out more duties per month, 16 against the contract soldiers’ six.

To cover them the government would have to hire three times more contract soldiers.