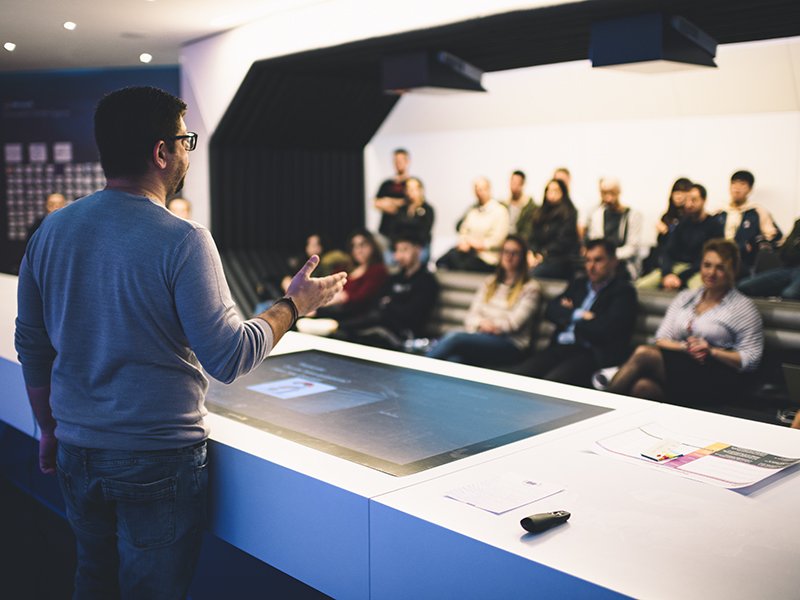 A star in a distant galaxy being ripped apart by the gravitational field of a supermassive black hole is as far as you can scientifically be from Cyprus. Not so for Professor Andreas Efstathiou, Vice Rector of Research and External Affairs at European University Cyprus.

Professor Efstathiou, who teaches Astrophysics and Scientific Computing, was a member of the extensive international scientific team that published their findings on a rare tidal disruption event in a galaxy called “Arp299” in the prestigious Science Magazine.

He is also equally keen on contributing to generating a tidal effect closer to home by energising research in Cyprus and especially at European University Cyprus. Professor Efstathiou explains that External Research Funding for his university has quadrupled in the last five years – from half a million euros to €2 million – while publications have tripled over the same period. He has set as a goal to double that amount in the next five years. This would potentially allow the university to improve it’s standing further in the years to come.

Research in Cyprus has traditionally focused on Humanities but with the growth of tertiary education over the last two decades, Cyprus’ participation in European Union programmes and the increase in collaborations with international scientific institutions have allowed Cypriot scientists to raise their game and expand their scope.

With the establishment of the School of Medicine and boosted by substantive investment in technology, facilities and faculty, the university is not just offering the most comprehensive studies in Medicine, Dentistry, Health and Life Science and Biology. Its academics, and by extension their graduate students, are expanding their research fields and gaining access to bigger, more specialised and prestigious projects.

The establishment of the Microsoft Innovation Center at the university, the only one in Cyprus and one of just 120 worldwide, has further strengthened its focus on innovative research. The Center supports start-ups and brings academia and industry together to generate new ideas through training, education and knowledge transfer.

European University Cyprus is one of just three universities in Cyprus that are included in the prestigious Nature Index. The Index is a database of author affiliation information collated from research articles published in an independently selected group of 82 high-quality science journals. It provides a close to real-time proxy of high-quality research output and collaboration at the institutional, national and regional level and is updated monthly.

At the same time the university has secured participation in three prestigious Marie Skłodowska-Curie Actions for European Joint Doctorates network led by Wageningen University in The Netherlands and for a European Training Network led by the University of Durham, as well as a Marie Curie Individual fellowship for one of its post doctoral researchers from the School of Humanities Social and Education Sciences.

Professor Efstathiou takes particular pride in that all three Young Researcher Awards by the Cyprus Research & Innovation Foundation in 2019 were awarded to researchers affiliated with the university in the fields of Humanities and Social Sciences, Life Sciences and Physical Sciences and Engineering.

Despite the postponement of this year’s annual Research Day event, which brings distinguished scientists to present their work and raise awareness about research and innovation among students and the general public, professor Efstathiou, convinced of the need to strengthen Cyprus’ research culture to boost innovation, remains focused on pursuing new ways of developing the dynamics between academia, business and society at large.

In this context the announcement that CERIDES – Excellence in Innovation and Technology, a centre operated and supported by the university, recently secured three EU Horizon 2020 projects has boosted European University Cyprus’ research credentials and its outreach to the business community. Focused on Risk and Decision Sciences, CERIDES will act as project coordinator for two out of the three projects worth an estimated €12.5 million linking the university with another 54 other partner institutions over the next three years.

Professor Efstathiou may be involved in computing the radiation emitted at infrared wavelengths near black holes in the centres of galaxies but he says the fundamental aim is to make his university strong enough in research to keep attracting good academics and students in Cyprus. Crucially, he adds, the aim is to achieve levels of research cooperation that would add value and quality to its own programmes and help students build on their practical experience and seek new paths for greater knowledge.

US election could mean big changes for Europe’s economy

Stories inspired by the Covid pandemic