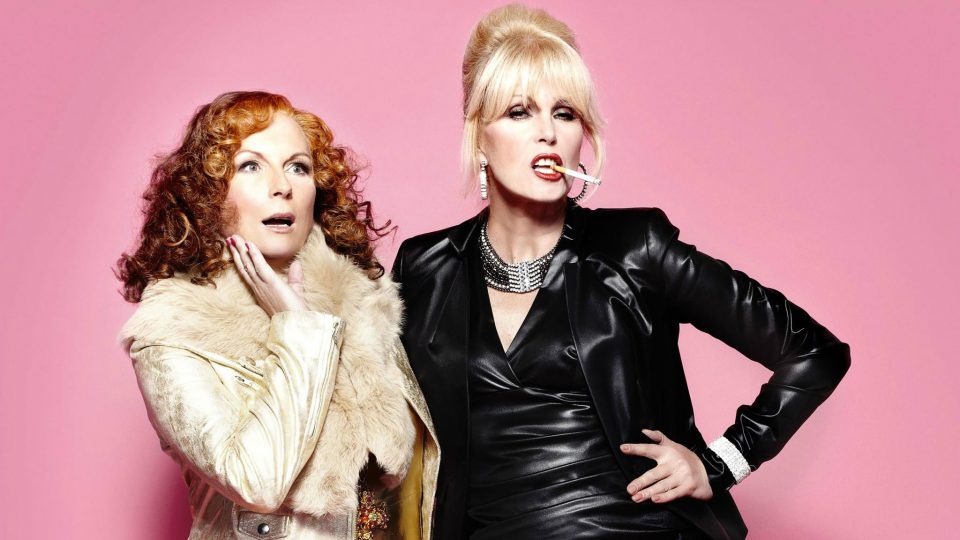 If you’re looking for something to make you laugh out loud, British TV show, Absolutely Fabulous will do the trick.

Known as Ab Fab to its army of fans, this hugely successful TV series penned by Jennifer Saunders sees her take on the role of Edina Monsoon, a middle aged, London-based PR agent, who is prone to heavy drinking, drugs binges and lots of falling over, sometimes out of taxis.

The series got underway in the 1990s and ran until 2012, and both Edina (Eddie) and best friend Patsy Stone (Pats) a lusty ex model with great legs (that has a propensity for sex and countless brief encounters), chain smoke, are politically incorrect and continually overuse the word darling.

Much of the action takes place in the basement kitchen of Eddie’s large London home which has a champagne fridge, stacked with bottles of Bolly.

Patsy, bouffant and blonde, always lies about her age, and spent some time as a man. She is a ‘fashion editor’, a cushy job, as the title comes with a desk and salary and only a minutiae of work involved.

Both women are desperate to cling to their youth and are horrified by the ageing process. Edina desperately hopes that she is still hip and cool.

The series is a tongue in cheek look at the sometimes phoniness found in the fashion industry, the arts, interior design, music and all things creative.

Hideously spoiled and selfish, she borders on immature and treats her aspiring writer daughter Saffy (played by Julia Sawalha), terribly. She finds her square and boring. Brother Serge, Eddie’s much loved son is never around, but revered as an example of perfection.

Saunders plays the layered character with such skill that you can’t help but like her, all be it with a touch of loathing. Eddie would be great fun to have at a dinner party.